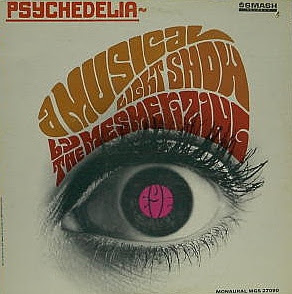 This album really does earn the title of one of those psychedelic relics. It seems to be very much of a psych exploitation piece, with likely B-list session players rocking away with some pretty standard grooves. The concept here seems to be with the sounds effects slathered on to each track. It's all pretty entertaining for those who are market for that sound of thing, but it's definitely more of a niche album. This is the sort of thing that makes for groovy background music deep into a decadent hipster party.

I suppose the real star of this LP is the sound effects. They wildly streak through the album in a manner that make me recall the Grateful Dead's far better Anthem Of The Sun. Maybe you could look upon this as the low rent version of that album; all the crazy sounds without the songs to back them up.

In fact, it seems as if the songs were written around the sound effects. "Birth Of A Nation" features some rather annoying crying baby sounds, while "May The Bird Of Paradise Fly Up Your Flute" has, wait for it... birds sounds and a flute solo. In it's defense it does also have the unadvertised sound of crashing waves. Meanwhile "Dear Mom, Send Money" have plenty of cash register 'ka-ching!' sounds, and "The War For My Mind" wins me over on title alone.

I can't really give The Mesmerizing Eye a proper recommendation, but if you think that you're up for this sort of thing, this lost album should hold your attention for a listen or three. Actually, I'd say the best use for this album would be to display the striking cover as wall art.
Posted by Dr. Schluss at 11:35 AM

I have this on my Shelf Of Shame. It's easy to imagine the producers searching around for an idea to make some quick bucks out of the hippies, and a very dim lightbulb going on over their heads. Must have taken as long to record as it does to play. My copy is stereo although it says mono on the label. Not that I care. Good cover and exploito value, though.

We had this album when I was 5 yrs old, and it got me into playing music and listening to crazy noise music that still effects my playing today. Funny how it affected me so greatly...

Hi Dr Schluss! Just love your website! Would it be possible to re-up the Mesmerizing Eye again??

Need To Boost Your ClickBank Traffic And Commissions?