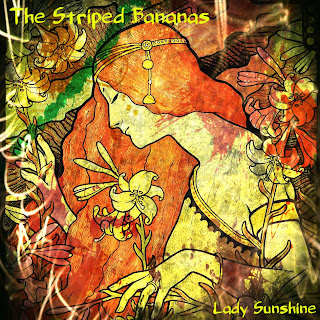 "Lady Sunshine" is a fun reconstruction of the pop-psych sounds blossoming out of L.A. in the late 60's.  It's not quite all the way there, but the songwriting and arrangements are pretty much spot-on.  The other elements come enviously close as well.  The production is crisp and clear - maybe even a touch too clear.  A little more tube-blasted, echoey warmth would have made this sound completely authentic.  The vocals, as well, are quite good with some girl/boy minor key harmonizing, but lack the full-on West Coast bombast and confidence that we often hear on the real thing.  Actually, in a lot of ways, this disc feels a lot like the Essex Green's early recordings.  It's ninety percent of the way to 60's sunshine bliss, with a few pit stops in the land of contemporary indie rock.

The group's at its best when in slathers in some sleazy garage rock grit into their wide-eyed sound.  This vibes in mostly on "Black Velvet" and the Electric Prunes influenced "Mistress of Existence."  The title track, "Dark Piece" and "Oasis of Time" do the best job of achieving the sound of Peter Fonda tripping through the hallucinated, medieval forest of the mind in, uh, "the Trip."  I should also note that there is a bass note in the title track that makes me think my phone is vibrating every time I hear it.

This is a rather shortish album as well, clocking in under thirty minutes.  I guess that is a perfectly reasonable period touch, along with the absolutely fantastic stained-glass drawing cover art.  The Striped Bananas clearly have no interest in living in the musical present, and for the most part they have constructed a valid time machine of sound.  Again, I would wholeheartedly recommend this platter to those who have grooved to the tunes of the Essex Green. 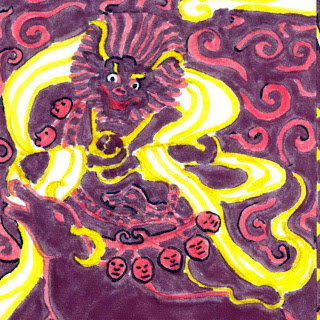 I think I've said it before, but there is a razor thin edge between transcendental synth drone music and treacly new age vapidness.  There is some great value in successfully approaching the line without actually crossing it.  Subterranean manages it,  Jorge Reyes and Steve Roach have a pretty good run of it, and Iasos batted about .500.  We'll add Bird People to the list with this release.  Yeah, you've got meditative flutes of the highland bouncing around, but it's nicely balanced by some growling drones and wide open plains of meditative sound.

There are only three line pieces here, and they are nice and varied journeys to walk your mind through the universe beyond the veil.  "Lord Yama" would work well as Ming the Merciless' court music on one of his average days, with Indian approximated sound competing with writhing synth tones and some guitar tones that Brian May might spew out while tripping in the observatory.  Are we all getting these references? - the 1980 "Flash Gordon" film? - Queen soundtrack? - Brian May is also an astrophysicist?  I don't want to be condescending, I'm just making sure that I'm not writing completely up me own arse.  Then "Oya's Dance" sort of borrows a bit of Sun Ra's 1963 delayed percussion tones and throws it over the new age crystal pyramid for a fun recast.  Things then melt away with "Lao Tsu On Han Gu Pass" throws out any sense of melody for pure atmosphere as any waves of thought drift away into mists of the Chinese highlands.

I'm a sucker for these long sound odysseys into the aether and this is one of the best I've come across this year.  I can't say I know anything about the Chinese variety of bird people that these folks seem to be going for, but I read a groovy book about the Peruvian variety a few years back, so I'm keeping that in mind while listening.  It was sort of a travelogue where the writer delved deeper and deeper into the Peruvian Amazon on a search for ayahuasca shamen who were disconnected from the civilized world.  Here's a link for that one:  Trail of Feathers

Be back soon.  I sprained my hand in a bicycle accident after a rainshower, so I haven't felt much like typing recently.  It's almost healed, though, and I have a few choice albums queued up for your listening pleasure. 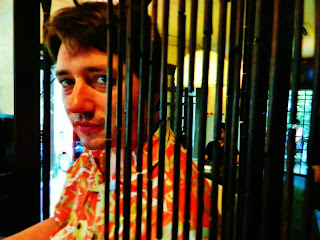