Rocking With the Glaze of Cathexis 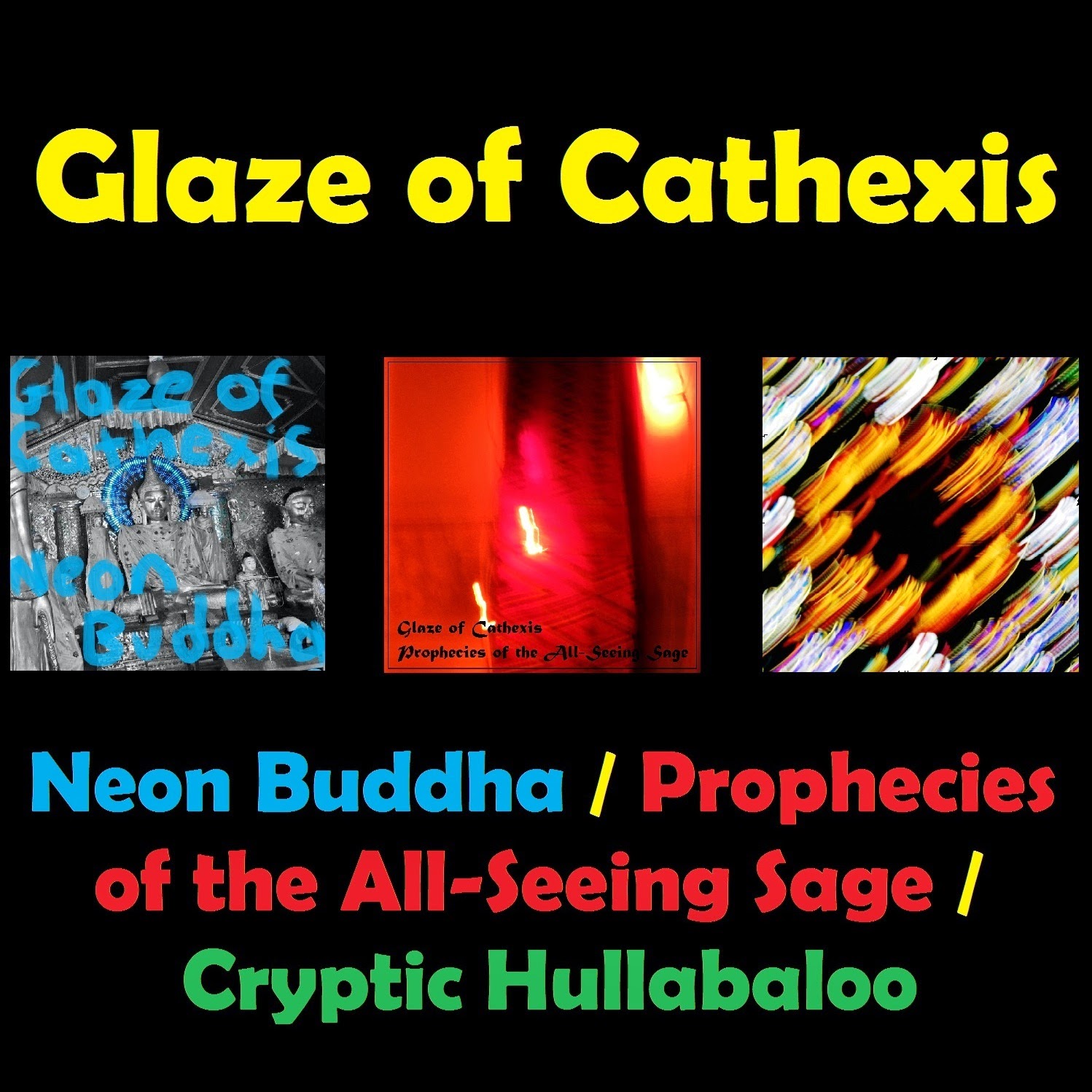 Cosmic psychedelic rockin' with the Glaze of Cathexis coming at you from deep within the mountains of Japan.  We want to bolster your universal spirit into the reality of NOW by sending you on a journey through sound.  Support the transcendently seeking music from this blog with a few views of the following link and perhaps getting into the full length LPs.

Here's our interstellar, trippin' astral gramophone campaign complete with a touch of new sounds to get you in the mood:

Scott's also cooked up a few videos of Beatles and Beach Boys covers that will draw you in with the miracle of recognition:

If we still have your attention, flow on over to our album compilation over at Bandcamp.  These three albums cost $12 as a bundle, which we would very much appreciate to keep the blog and the band rocking on.  Our EPs and older albums that you'll find on the site remain free as that is how we would like to deliver the music in a more perfect world:

Gotta love those bargin bins.  I haven't been in the States for a few years now, but I assume the dearth of record stores has only intensified.  You can find this stuff online (just as you are now!), but I'm still a fan of the tactile discovery that you can still make in Japan at a still-existing Tower Records for under three bucks.  Getting to ol' Scott here, most of us would know him for the cheeseball hit "San Francisco," which is present here.  Really, I suppose that I've just heard that one too much - it's only the bloody Forrest Gump soundtrack to represent the summer of love.  Turns out McKenzie was actually quite adept at sunshine pop in general.  Many of the tunes from his prime 1965-1967 are very much in the same mold, but are welcome surprises that suggest a West Coast Billy Nichols.  His songwriting contributions were pretty nominal, but his voice is butter and the prime L.A. 60's studio production make this among the straight-up 'grooviest' music that you'll come across.

The first three tracks are some early career highlights with McKenzie in full-on folkie mode.  It's pleasant, but only a precursor to the main event.  This would be the ten tunes from 1965-1967 - which is a straight up blast of top shelf sunshine pop.  "No, No, No, No, No" makes the mystery of why McKenzie was only a one hit wonder a little deeper, while "Holy Man" is an entertaining hippy spiritual.  John Phillips "Like an Old Time Movie" fares quite well here as does TIm Hardin's "Reason to Believe."  I don't know why they didn't just follow through with the complete 1967 album, "The Voice of Scott McKenzie."  They did include the entirety of his 1970 album "Stained Glass Morning."  While this album doesn't actually suck, it takes a hard right into blandish 70's country rock/singer-songwriter vibrations.  Gravitation inertia will likely keep pushing you toward the fantastic middle of this compilation.

This disc makes a pretty strong case for Scott McKenzie going a whole lot deeper than "San Francisco."  The early folk stuff appears in just the right amount, but the balance between McKenzie's prime and the "
Stained Glass Morning" album isn't quite in the right proportions.  Still, this is a psychedelic obscurity that deserves your attention as all of these has pretty much slipped off the radar with the obvious exception of McKenzie's lone mega hit.
Posted by Dr. Schluss at 11:12 AM 2 comments: