If you are a psychedelic soul who grooves on the sounds of David Axelrod or the jazzier moments of the Dead or the Allman Brothers, this is actually something you want to hear.  It's all in the marketing.  You look at the cover, run a basic scan on the history, and you're looking at early fusion/smooth jazz romp.  But take the sounds themselves, and you're on a magic carpet, wafting through the L.A. haze with the Dude alongside.
Posted by Dr. Schluss at 10:11 AM 8 comments: 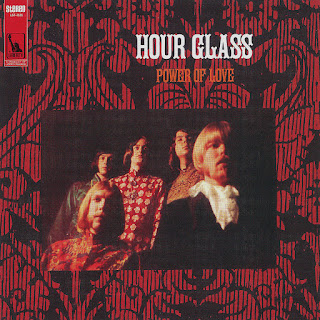 Speaking of artists' baby pictures, here we've got Gregg and Duane Allman stuck in a blue-eyed soul group.  It's not embarrassing - the future stars shine well - but it's not quite a good fit.  Still, this is the second album, which I've read is more in the right direction than the first.  Diverging a bit, I should admit that's I've never quite know what to make of the Allman Brothers.  For many years, I sort of just assumed that they were a solid band that I didn't rally want to listen to.  Then I started warming up more and more to there spacier instrumentals, better ballads, and "Rambin' Man."  But I'm from the deep South, and I start getting repulsed when the more redneck-y, Lynyrd Skynyrd vibes start kicking in.  Then again, I string my Les Paul just like Duane Allman (wrapped over the bridge) to optimize for slide guitar - so I guess I have to be a bit of a fan to do that.

Getting back to Hour Glass, there is a notable disconnect between what the record company probably wanted, and what the bros. wanted.  Most of the tracks want to be the Grass Roots, although with more powerful vocals and significantly better lead guitar.  I'm not going to say the Grass Roots straight-up sucked, but I will say the the best thing to come out of the band was Creed from the Office.  Then there are three tracks with the Allman DNA struggling to come out.  "Changing of the Guard" wouldn't be completely out of place on an Allman's album, "To Things Before" seems to test out the chord pattern for "Melissa," and "Now Is the Time" hints out some of the later band's jazzier vibes.  We've also got an outlier with a cover of "Norwegian Wood" featuring Duane on electric sitar.  Do I need to say more.  With the bonus tracks, you get some notable added value with several tracks from an aborted Gregg Allman solo album, which definitely comes closer to the sort of sounds you would expect, especially with an early run of "It's Not My Cross to Bear."

If you are down with the Allmans, you've either heard this already or you need to.  For the rest of use there are some groovy sounds to be had here.  A few essentials, and a lot of stuff that walk the line from fair to middling, with a small helping of surprisingly good.
Posted by Dr. Schluss at 2:11 PM 1 comment: 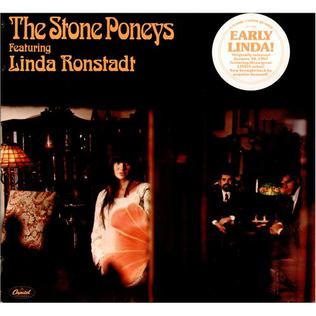 I dunno.  Maybe I'm a bit too much of a youngin' to have Linda Ronstadt on my radar.  I know the name, the voice seems somewhat familiar, but I couldn't recall any of her hits.  I'm not even sure what "Different Drum" sound like.  This is not to say that the music sucks, I'm just saying that I'm coming towards this album from the dawn of Ronstadt's career with absolutely no context.  The L.A. fuzzy studio is definitely in place, along with some hickory tones wafting in from Elektra's west coast offices.  I'd be willing to wager that I'm hearing a little of the L.A. session pros the Wrecking Crew in the tracking, but I'm going by ear alone on that one.  What we've got in the end is a very well-crafted folk rock concoction that can at least make a respectable showing in the late 60's album race, although I don't think it would end up a finalist.

The Stone Poneys were not your kids screwing around in the garage.  There's a soon-to-be A-list vocalist in place,  the songwriting is several notches above average, and if the band is handling the instrumentation on their own, they have a lot of groovy spit and polish (and if it's the Wrecking Crew, that's cool too).  It's like 30 minutes with a very chilled out A.M. 60's pop station.  I keep thinking of selecting so-and-so track as the "should've been" hit single, but most of them actually come out that way.  I guess today it's "Orion," but it might be "If I Were You" tomorrow.  I also went looking for the track that crosses the twee/cheese barrier, but the band miraculously seems to avoid that (if presses, though, "All the Beautiful Things").  So if Fairport Convention was the British Jefferson Airplane, then the Stone Poneys would be the American Fairport Convention.  I swear it makes sense in the end.

You often delve into an artist's baby pictures to find them smeared in diaper butter, but this sounds pretty straight up solid to me.  I suppose if I follow this road to a collaboration with Dolly Parton and Emmylou Harris, we'd find the trippier vibes drying up, but we've got a twilight mist wafting through this album to give it a nice spot in the Psychedelic Garage.
Posted by Dr. Schluss at 1:37 PM 3 comments: