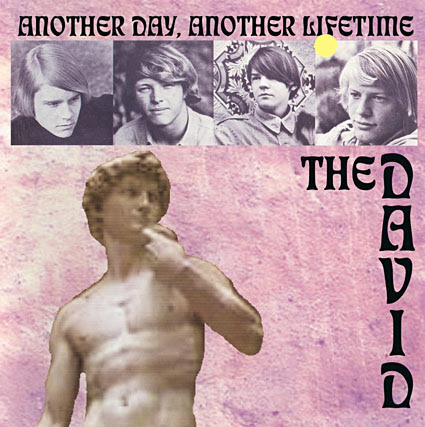 This album is an interesting meeting between scuzzy garage rock and Hollywood-esque orchestration with a touch of sitar and other odd instrumentation. I guess it would be easiest to label this as sunshine pop, but it does tend to be a bit louder and kick up a little more steam than that genre generally implies. Regardless, Another Day, Another Lifetime provides some awesome 1967 vintage West Coast sounds.

The band seems to have been primarily the vehicle of one Warren Hansen, who is responsible for the songwriting, production, and the very strong lead vocals. Although the group apparently existed for at least half a decade, this album makes up almost their complete recorded output (there's a single or two also drifting out there somewhere). It's a shame as the 30 minute platter found here does give you a thirst to hear more.

Everything here is pretty strong in a groovy, go-go dancin' shindig sort of way. That said, the thick orchestration does add a little more gravity to the sound. In fact, it occasionally threatens to drown out the band on tracks like "Tell Me More" or "Down To You." I guess this is why The David garners a lot of Left Banke comparisons. But in contrast to that seminal sunshine pop, the actual members of the band seem to be trying to grind away more like the Electric Prunes.

The highlights here are nicely spread out through the album. As a good album should, the opening title track provides a nice overview of the bands sound, with some amusing sitar breaks adding a little dimension to the song. "I'm Not Alone" gives the band a chance to do their own garage rock stomp without the orchestra getting in the way. I also dig the strange time changes found in the appropriately named "Time M." "Mirrors Of Wood" introduces Hansen's homemade Plasmatar instrument. How could you not love something with that name. Meanwhile, "Of Other Days" gives the disc a almost too happy send off.

For those with an obsession with the sounds of the Summer Of Love, Another Day, Another Lifetime will provide you with a good 30 minutes of top shelf material to chew over. It's certainly an album that begs for rediscovery by the discerning psych-head.

Thanks for posting this album! I know I found it late, but that's how the mysterious world of Googling works!
Someone posts one track in a mix, you start Googling, and there you are...

Thanks good sir for THE DAVID!!!