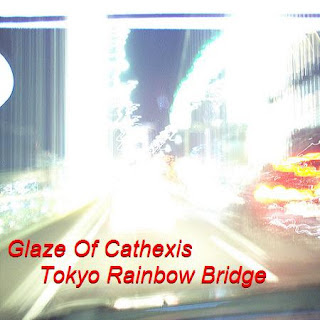 Oh geez. Folks are already asking me for more recordings. These might not make you want more, but we'll see. These tracks were recorded in Utsunomiya, Japan three years ago as I was getting myself familiar with my recording programs and having something of a creative splurge. In short, these songs are somewhat stranger and a little more low-fi than the Holographic Universe album.

While I was recording these songs, I pretty much threw my self-consciousness out the window. Sometimes this was probably a plus, but there are plenty of bad lyrics and strange utterances hanging around here too. "Behind The Curtain" is my attempt to combine the worst of the 60's with the worst of the 80's, while "Reduced To Dust" was written on the job and drunkenly recorded that very same night. Meanwhile, I've always thought "Too Much Action" sounds too much like a pick-up truck commercial.

Most of the guitar parts were recorded on a shiny gold sparkle Silvertone guitar as my Telecaster was in the States at the time. Even more disturbingly, I didn't have a proper bass at the time so all the bass is MicroKorg or the Silvertone heavily re-equalized! I don't know; make of this what you will, but please listen to this after you've taken in my more recent recordings.

For you bloggers out there, I'm not sending this one out or promoting it, but you're welcome to repost on your sites if you want.