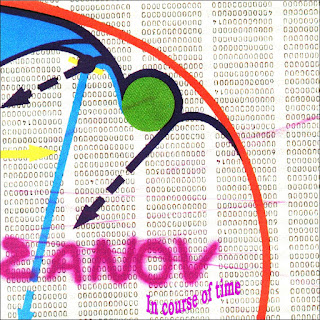 Could I find any information about Zanov?  No, I could not.  Admittedly, I didn't look that hard.  Y'know, by 1982 Tangerine Dream were skirting off to higher budget pastures where they were carting around the brand-spanking new digital synths.  Zanov was not.  Zanov was carting around analog weirdness to bring on full Berlin school flavor.  And that is what you get with Zanov.  Any questions?

Bloody 'ell.  I usually rant about specific tracks right about now, but it seems kind of pointless. These are Berlin school sequences with Berlin school leads tacked on top of them.  You maybe know the Berlin school, but if you don't it is trancey analog synths with heavy sequencing,  You are getting a textbook definition with the Zanov recordings.  Even more so than that which Kraftwerk or Tangerine Dream stumbled into.

Zanov would have been a perfectly welcome addition to the City of the Domes in Logan's Run.  Assuming he wasn't too old.  I just don't know what to expect with the personal history of Zanov.  Maybe 'he' is a band.  Just listen to it already.
Posted by Dr. Schluss at 11:11 PM 4 comments:

The Doctor Trips Through Okinawa (Miyako-Jima)

There are a few new albums if you scroll down (and a few more coming), but first you deal with these images from my mandatory trip to Okinawa.  This is a perk of my cash-paying job. 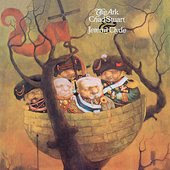 Do you like the Hollies "Butterfly?"  I do!  Do you hate that album?  Steer clear.  "The Ark" is almost the same flavor.  It's different enough that you are not listening to a xerox copy, but it is definitely flowing through the same slipstream.  A twin shadow of an album you dig is not always a bad thing, jah?
Posted by Dr. Schluss at 10:57 PM 1 comment: 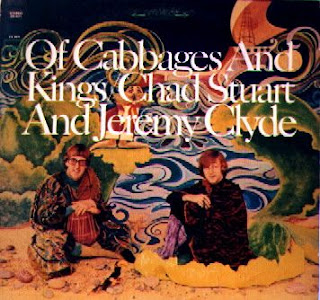 If we are not looking at rock royalty, we are at least looking at its nobility.  And the sounds here pretty much bear that out.  I can't recall if he ended up as Chad or Jeremy, but Peter Asher was one of those fellows and his sister was Paul McCartney's main squeeze in the mid 60's, with the two dudes apparently chumming it out from time to time.  Not that there is an obvious Beatles tilt to the sound other than a certain British big budget attempt at stiff upper lip psychedelia.  I would rather suggest equal doses of Donovan and Simon and Garfunkel cross-pollinated with a wall smear of Moody Blues orchestration.  Does that do it for ye? (Edit: comment points out that I am mixing up my Chad & Jeremys with my Peter & Gordons as a joke.  Uh... yeah!  It's a funny joke!  --- Kids, don't drink and then write at midnight.  Turns out Peter Asher is not the same name as Chad Stuart or Jeremy Clyde)

Side A rattles a slew of twee-leaning folk rock your way.  Yes, this is absolutely white people music,  You get your Lewis Carroll reference right at the start of "Rest in Peace," which then takes a six-minute morph through several psychedelic-lite tableaus that Parliament (the government system, not the band) would likely approve of.  The next several tracks run through a more taut run of orchestrated folk rock that will occasionally lull you into thinking that you are listening to the aforementioned Donovan or Simon & Garfunkel.  You'll dig it at a rate of 90% compared to the former and 75% compared to the latter.  These statistics do not suck.  Side B's Progress suite steps up the pretentious meter skyrocketing even past the Moody Blues' "Days of Future Past."  But hey, not blow it halfway and the addition of Indian sitars and orchestration are always a plus in this doctor's book.  They don't start singing until three tracks in, where they give you dietary suggestions, and then just start ranting in "Fall."  Getting down to it, the Progress Suite is pretty much a failure, but it's that spectacular psychedelic failure where you will start looking for, and maybe discover, the sublime in the end.  Sort of like Sagittarius.  As long as your can break through the noticeable smattering of Vegas orchestrated cheese that you are going to hear.  There are a few bonus tracks hanging aboot as well, with "Painted Dayglow Smile" standing tall as a notable single and "Manners Maketh Man" making a Kingsmen reference almost 50 years too early.

You may or may not dig this stuff again, but give it your attention and you will find yourself getting obsessed with the ever shifting grooves in either case.  The germ of an idea that gave birth to this album was probably a bad one, possibly a stoned one.  It is still something to behold.
Posted by Dr. Schluss at 10:43 PM 3 comments: