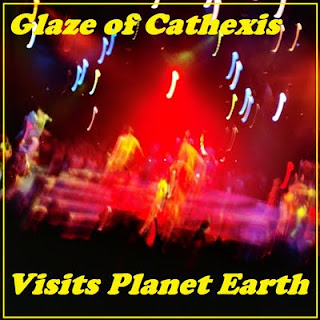 Once upon a time, Glaze of Cathexis was an actually gigging band in Athens and Atlanta, Georgia. These recordings pretty much sum up the recording legacy of that version of the band. Although I've always been psychedelically inclined musically, I tried to keep the democratic vibe working and there's a definite indie rock vibe to this music that I don't tend to go for these days. Bassist (and occasionally guitarist) Devin Carlen picked up on the fact that I didn't want to be the band dictator and was a major musical contributor to the arrangements and production; he's now part of the ghostly Americana band Gunstreet Glory - based in Seattle ('Dark Alley' is a clear indicator of where he was going).

We headed for the studio with our live set and a few more mellow tracks ready to record and bashed out the recording in a day-and-a-half, with another two-and-a-half days devoted to mixing and mastering. I'd say we did a pretty decent job in the time crunch. I didn't have any real production experience, but we chose Radium Recording because they recorded to half inch tape. I handed the engineer, Chris Bishop, a copy of the Jam's 'Sound Affects' and told him to make the recordings sound like that, and I think he more or less hit the mark. I hadn't really mixed anything at that point either - if I did it today I'd definitely crank up the vocals and the 12-string Rickenbacker (which I've now unfortunately sold), but when you're in the studio for the first time, you definitely feel like a bastard telling the engineer to crank up your own parts. With money and time a concern, I didn't have too many passes at the vocals, so the main thing that makes me cringe nowadays is that some of the vocals aren't quite, uh, in tune.

While I was pretty happy with the finished results, I couldn't resist but do a bit of 'Lucas-ing' to the recordings. I've added tambourine to several tracks, and added just a touch of Moog to three of them. My most drastic recording, though, was to the track 'Folk Hero.' I added some vocals to the instrumental bridge (I didn't have the balls to do Beach Boys harmonies with the guys around in the studio, y'know), along with a double tracked vocal to the chorus as I could barely make out the original vocal. In full disclosure, we also played under the name 'Rocket Number Nine,' but when myspace came around a few years later I realized that there were, like, 27 bands with that name. Thus, we're going to file this as a 'Glaze of Cathexis' recording.

I've added a few bonus lives tracks to the album as well. Devin and I tended to get rip roaring martini drunk live and do our best Replacements impression. Plus, this is about the only way you're going to hear Dr. Schluss in a live setting - in fact, I haven't played a live show since this 2006 recording. I don't have too many gigging opportunities out here in the mountains of Japan. 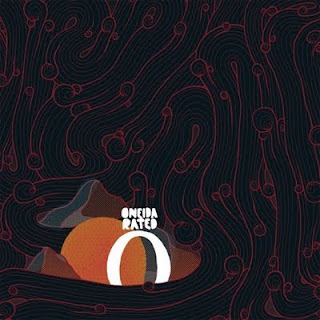 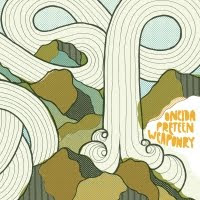 Perhaps not as wildly groundbreaking as the best of the 70's krautrock bands, Oneida certainly knows how to pack a sonic punch. For me it's mostly one hell of a drum performance while the rest of the band does a fine job adding the icing on their, uh, cake of sound.
Posted by Dr. Schluss at 7:30 PM 3 comments: