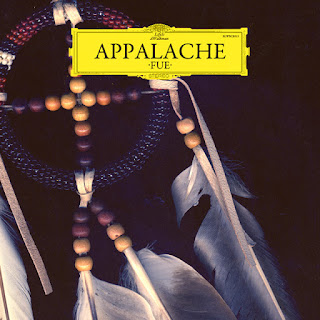 Well, it's not exactly obscure, but I'd be remiss not to acknowledge this psychedelic supernova.  I downloaded this in full quality audio, but hit the play button with a bit of trepidation, half expecting a shoegazing bout of "Chinese Democracy."  Fortunately, I discovered an album that I'll have to break taboo on, and outright state that I like better than "Loveless."  I'm not trying to slam that classic at all - it's still a sublime blast of psychedelia echoing from the peak of the musical Mount Olympus.  "mbv," though, is a quantum distillation sent straight through the galactic core.  First off, the production is warm and fuzzy, with the walls of sound enveloping and warming your cerebral cortex.  I could never get through the CD copy of "Loveless" without acquiring a bit of a headache (although I never had this problem with my 180 gram vinyl copy).  I've read a few folks that wanted a bit more treble on this new release, but let's give Kevin Shields the benefit of the doubt - this slacker king has had 22 years to refine his production approach.  The guitars are thicker than ever before and the drums, both real and synthetic, take on a tribal thunk that guards the gates of the ethereal.  My first thoughts were that the songwriting wasn't as solid as "Loveless," but "mbv" moves past conventional rock motifs and is fully impressionistic rock.  Before we get in too deep, let me also express the glorious vibes of Colin O'Ciosoig, who remains at the top of his game with his trademark "falling down the stairs" skittering beats.

Many have already noticed that this album is best considered in thirds.  The first three tracks present themselves as the logical continuation of "Loveless."  "who sees you" dovetails from "only tomorrow," and may be the definitive ball of warbling sound from these aural psychonauts.  The band is lost in the wilderness of time in the middle third, but the results are nothing less than fascinating.  "is this and yes" strips down the sonic cathedral of the band to the core, exposing the divine glide of Belinda Butcher's vocals with the backdrop of only a light percussive pulse and an organ that takes the best from the explorations of Terry Riley.  I think the minimalist influences of Steve Reich and Riley may confound the uninitiated, but push "mbv" directly into the Om.  Meanwhile, "new you" is an enjoyable dead end wherein the band breaks down their essence into a reconstruction of the pop edge of Swing Out Sister or Everyone But the Girl.  On it's own, it would be a disappointment, but it heralds the shift into new territory, wherein the Valentines blow out the core of your mind on the final three tracks.  "in another way" sets up the electronic-fused journey of the future Valentines, while :nothing is" is a punk rock, full throttle take on Steve Reich's phase experiments.  I'm sure experiencing this tribal pounding live would count as a brainwashing.  The best is saved for last, though, on "wonder 2."  This strange drum and bass rupture takes the already monumental "Soon" from "Loveless" 1,000 years in the future.  Fusing drum and bass and rock has never worked particularly well, except maybe for Radiohead's "Idioteque" (and my soft spot for Bowie's "Little Wonder").  "wonder 2," though, pushes into the transcendental, presenting the guitar as a warped, cosmic whale seeking the whole of the universe.  It's instantly one of the band's best tracks ever.

We don't need to compare "mbv" with the band's peak - they are clearly still there.  Honestly, I tried my best to find fault with this album as best I could through the first few listens, trying to convince myself that Shields and crew couldn't possibly match their legend.  The power overwhelmed me, though, and I've kept spinning it in longer and longer loops, cranking the volume to come closer to a true nirvana of sound.  I'll keep Tame Impala in the role of the best straight up psychedelic band in action today, they're still mortal while the music on "mbv" comes to us from another dimension.  I think it's very groovy that age is slipping away as a prerequisite of rock n' roll - Neil Young, well into his 60's, managed some of his best last year on "Psychedelic Pill," and My Bloody Valentine has thrown down a masterpiece without missing a step from their heyday after 22 years.

Or have a sampling here:
My Bloody Valentine on YouTube