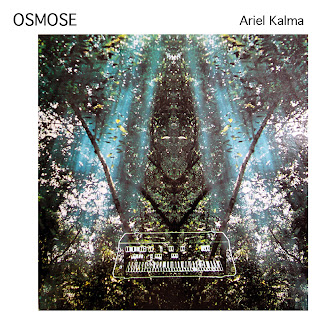 Keeping up with the mystics, we have one Ariel Kalma, who has provided a blend of 70's analog electronics, environmental sounds, and, uh, saxophone on this LP.  It's sort of like Vangelis getting lost deep in the Amazonian rainforest 35 years ago.  Maybe the Greek one did at some point as this album is a touch reminiscent of Vangelis' "Soil Festivities" from the early 80's.  Anyway, the tones range from nice and calming droplets of water, to "Oh, Sweet Vishnu! There is a saxophone shaped spider going for my carotid artery!"  Yeah, on paper the sax sounds like a bad idea, but Kalma provides the sound of this instrument in strange squiggles which works well.

Those woodwind-laden tunes are clearly delineated by the two tracks starting with the word "Saxo."  They're not the best ones here, though.  We hear massive cathedrals of vine growth with "Message 18.10.77" and the closing "Orguitar Soir."  "Planet Air" and "Manege" sound like they're being influenced by Boards of Canada twenty years two early, but with a stronger flow of gliding 70's space prog synth.  Things go monkey industrial on "Gongmo."  I guess the song title pretty much spells that out if you're looking for it. Meanwhile, "Osmose Chant" returns your astral form to the core of the upper Peruvian-Amazon ayahuasca ceremony as the shaman birdman chants you through the rooms of the soul.

Y'know, synthesizers were dang expensive in the 1970's, but that's when they sounded the grooviest!  As a result, it can be a little tricky to unearth electronic treasures outside of folks like Vangelis, Jarre, or the krautrockers.  Still, sometimes stuff like Iasos comse spewing out of the aether, and Ariel Kalma definitely deserves a seat at the round table of the high priests of electronic, ambient sound. 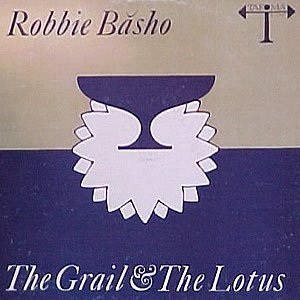 This is music simple in execution, endlessly complex in the guitar stylings, and exploring the limits of infinity.  Basho's a prime case for the misunderstood genius.  His music never has and will probably never end up on a commercial radio station, and it's too intentionally ragged and weird for the BGM or new age crowd.  I imagine you're here for psychedelic adventures in music, though, and this presents that aesthetic it one of its most raw and pure forms.
Posted by Dr. Schluss at 11:08 AM 5 comments: