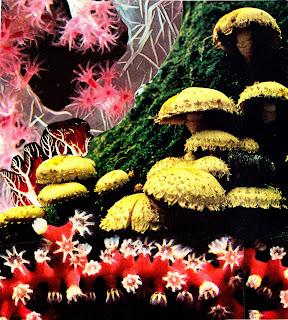 And here's another ambient voyage to soothe your soul.  Golden Brown breaks a bit past the bounds of the experimental 30-minute cassette tape release, but you've got a bit more time to drift downstream and a bit more of a hi-fi production sound than the thin hiss of a tape provides.  Gently picked guitar and echoing sounds are guided by the steady pulse of a well placed delay pedal.  It's not quite genius at work, but the goal of fusing the oceanic and the coast come through quiet and clear.

"High Tide" and "Low Tide" take up the bulk of this release.  In many ways, they are of a single piece, but there is an effect of yin and yang, push and pull as the former provides just touch more power while the late slowly recedes away.  A few ancillary pieces fill out the 36 minute running time.  The opening serves an overture, while the similarly short "Cycles" flirts with the idea of a beat with the twangy, eponymously cyclic sound of plucked banjo strings.

Graced with some fantastically psychedelic cover art work, this music seeks to center your soul.  While not quite entering the pantheon of the new age of Earth, the sounds here are worth serving as your new, ornate aural wallpaper for more than a few plays of the media player.

Time to visit another Bandcamp page:
Golden Brown - 2012 - High Tide at Gold Beach
Posted by Dr. Schluss at 1:42 AM 3 comments:

I'm still not sure where this feller ends up calling himself a sister, but y'know, I'm down with a feminist angle and such.  Maybe the music is a nun's fever dream - with the secret psychedelic sacrament or something.  Although the first work I heard from him was the halycon vibe of a 16-bit video game, the more recent work is triumphantly drifting through a drone vortex.  The sister himself describes the music as folding drone.  I don't really know what that means, but it does spur on the hallucinations.  Sister Waize's instructions state that this music is not intended to be listened to as a giant block, but rather one at a time.  If you're hardcore, though, strap a pair of clamshell earphones upon your head in a darkened room and let the geometric patterns piece into your cortex upon the void of darkness.

As I said with the "Realignment" series, we're not dealing with tunes here, but experiences.  The opening track, "Side Time Down," does plunge into the depths, with calming but dark visions taking you there.  For the afternoon explorer, "A Tome for the Boneless" perhaps provides a more pleasing drone, plunging you mind into a pool of liquid nitrogen.  Still, you've got to earn the wonder than the album title suggests.  The two sides are fused in "Dark Mountain Crown," with the industrial grit becoming more and more apparent as the title progresses.

Really, I'm not quite sure what to say in the presence of such etheral music.  I've just tossed a few drinks down and let the impressionistic writing take over.  This is music of the subconscious.  Those devout mind explorers and meditational explorers will take flight here, but there's not even a hint of the mainstream peeking through here.  It's your graduate thesis in the heart of trippiness.

A Bit of Venting

In interesting news, my Mediafire account has been shut down due to a DCMA copyright claim on, uh, ... Glaze of Cathexis?  For those that don't know, that is the music that I write and record myself.  That means that I've been banned for committing copyright violations on myself.  I definitely didn't sell the rights to Fox.  Anyone else having similar problems?

Dear MediaFire User:
MediaFire has received notification under the provisions of the Digital Millennium Copyright Act ("DMCA") that your usage of a file is allegedly infringing on the file creator's copyright protection.
The file named Glaze of Cathexis - 2012 - Canyons in the Sonic Whirlpools (stereo wav1).rar is identified by the key (8k1aj8viaz5geu4).
As a result of this notice, pursuant to Section 512(c)(1)(C) of the DMCA, we have suspended access to the file.
The reason for suspension was:


Notice of Infringement via EmailTwentieth Century Fox Film CorporationP.O. Box 900Los Angeles, CA 9003501/17/2013mediafire.com http://www.mediafire.comAttention mediafire.com:I am writing to notify you about violations of the intellectual property rights ofTwentieth Century Fox Film Corporation and/or its subsidiaries and affiliated companies("Fox") on your service and to demand that you take immediate corrective action to ceasethis infringement and prevent further violations of Foxs rights.Fox holds copyrights and/or exclusive online reproduction, distribution, and publicperformance rights in the titles listed below, which are a representative list of thecopyrighted works owned by Fox that are being infringed on your service.We have included below examples of locations on your service where infringing copies ofthe Fox titles are available. As you know, you are not authorized to host, distribute, orotherwise make available or facilitate the making available of any copies of Foxs titleson your service.Fox demands that you immediately and permanently remove from your service all copies ofthe Fox titles listed below. This includes the copies available at the links below aswell as any other copies of these same titles that you are hosting.You can take simple steps to avoid the continuing violation of Foxs rights by usingreadily-available, industry-standard content recognition technology to prevent infringingcontent from being made available by your service. This technology both can preventunauthorized uploads of copyrighted content and can ensure that the same content that hasbeen removed from your service at the request of a copyright owner is not re-ingested byyour service. See Metro-Goldwyn-Mayer Studios Inc. v. Grokster, Ltd. (2005) 545 U.S. 913,939 fn.12 (failure to use available filtering technologies to diminish infringement isevidence of intentional facilitation of infringement).Furthermore, we expect that you are keeping track of subscribers/account holders thatengage in copyright infringement and are taking appropriate action to terminate theaccounts of repeat infringers.This email is not a complete statement of Fox's rights in connection with this matter, andnothing contained herein constitutes an express or implied waiver of any rights, remedies,or defenses of Fox in connection with this matter, all of which are expressly reserved. Ihave a good faith belief that use of the works in the manner described herein is notauthorized by Fox, its agent, or the law, and confirm under penalty of perjury that I amauthorized to act on Fox's behalf in connection with this notice. The information in thisnotice is accurate.Sincerely,MarkMonitorAsta Jasnait2600 W Olive Ave.Suite 910Burbank, CA 91505(800) 605-4853Email:antipiracy@dtecnet.comReplies to no-reply@dtecnet.com will not be received.Addendum to Notice of InfringementRepresentative List of Titles:HOW I MET YOUR MOTHERExamples of Locations Where Infringing Materials Can Be Found:http://mediafire.com/?8k1aj8viaz5geu4http://mediafire.com/?04uwi269dgi1wkdhttp://mediafire.com/?x1k46anpn36t16phttp://mediafire.com/?amtmowydgnfhttp://mediafire.com/?pytx0q0dvbl8xg9http://mediafire.com/?zz0iu26c33mg7xlhttp://mediafire.com/?72e32ree7cl77w3http://mediafire.com/?24u5849mb47kt94http://mediafire.com/?sv5a6ba8v2k91zyhttp://mediafire.com/?uaklwwhf6lp1t2zhttp://mediafire.com/?t1unemmnmgyhttp://mediafire.com/?uml312in46x04kb 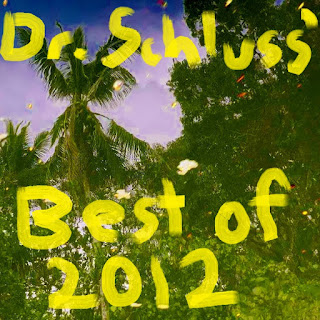 Here's a rundown of the grooviest music I came across last year.  You'll find that my tastes tend to veer towards the poles of the dreamy and fuzzed-out bliss, but what else do you expect from the author of a psychedelic blog?  Here's the rundown: 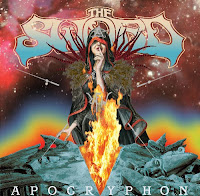 12.  The Sword - Apocryphon  The Sword takes the stoned out buzz of early Black Sabbath and splatters it on an Iron Maiden-sized canvas.  This is both their most confident and tripped-out record at the same time. 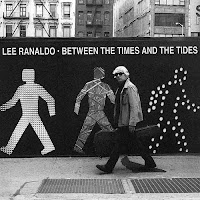 11.  Lee Ranaldo - Between the Times and the Tides  Sonic Youth's future may remain in doubt, but it's clear that the members can dish out pretty fine albums on their own.  Ranaldo only has a track or two on most Sonic Youth albums, and they're usually highlights.  So it's nice to get ten in a row. 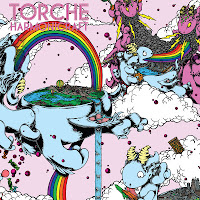 10. Torche - Harmonicraft  The key for me on this one was another reviewer's comment that this sounds kind of like a metal Guided By Voices.  That works for me and it turns out that I dig this more that GBV's 2012 resurgence (which is still pretty good on its own terms). 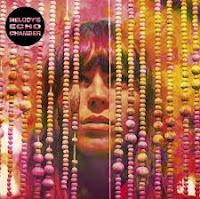 9. Melody's Echo Chamber - Melody's Echo Chamber  With Tame Impala's Kevin Parker handling production duties and a lot of the instruments, this is like a very solid stealth album from his day job.  But without Melody Prochet's stellar songwriting and vocals, which also touches on Stereolab and oddball psych influences like the Stone Poneys, this album wouldn't be what it is. 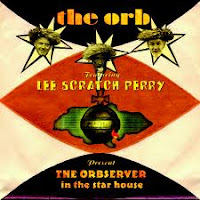 8. The Orb and Lee "Scratch" Perry - The Orbserver in the Star House  Easily one of the Orb's better latter day efforts, this set often comes across as a more rustic take on their great early records.  Perry's fine present doesn't come in so much with a Black Ark sound, but with his trippy rambling.  I see Perry pontificating through the park forest as Alex Patterson and Thomas Fehlmann train him with knowing, deranged smiles. 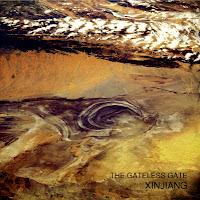 7. The Gateless Gate - Xinjiang  An obscure first release that really captures the fire of the transcendent.  I reviewed this one on the blog, but I must reiterate that this meditative music is a sublime fusion of the best of 70's Mike Oldfield and the tripper vibes of the highland Asian spiritual planes. 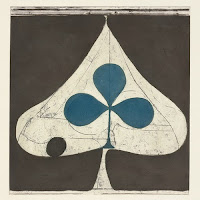 6. Grizzly Bear - Shields  I must admit that I didn't catch the critical fire that this band's previous releases ignited.  This one, however, is definitely a keeper - extolling the sound of the Band hopped up on an ipod-ready multidimensional tapestry. 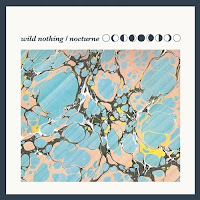 5. Wild Nothing - Nocturne  Striking directly into the vein of late 80's dream pop, Wild Nothing conjures a mind expanding vision of echoic sonic landscapes.  The Cure and Echo and the Bunnymen weren't quite the same when utilizing this kind of production, but 'Nocturne' shows us what it should have sounded like. 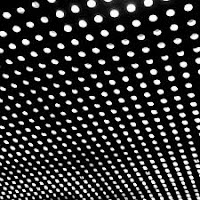 4. Beach House - Bloom  And yes, this dude-chick duo truly blooms on this release.  The tunes here will snatch your spirit and spirit you away on plumes of blue-smoke clouds.  Shoegazing never quite died, it just mutated as this album proves. 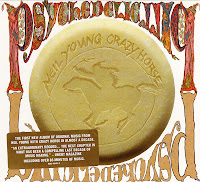 3. Neil Young - Psychedelic Pill  "Americana" suggested that the man might finally fade away, but Neil Young always bounces back with a masterpiece.  This one yolks Crazy Horse back on board for the ride and blasts away will genius garage skronk for some epic-length tracks.  28 minutes seems too long for "Drifting Back," but not when Young's guitar successfully ensnares the psychedelic snake. 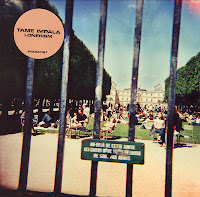 2. Tame Impala - Lonerism  Ten years ago, I considered the Flaming Lips to be at the vanguard of modern psychedelic rock, and Animal Collective threatened to claim that title a few years back, but I think this group from the strange outpost of Perth has run away with the mantle.  This sophomore effort ups both the trippiness and the catchiness, with mastermind Kevin Parker basically going it alone as the album title suggests. 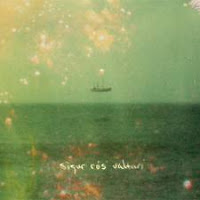 1. Sigur Ros - Valtari  Evoking the stark wildernesses of their native Iceland, Sigur Ros stay pretty quiet on this release, but come out more epic sounding than ever.  This is widescreen, hallucinogenic music to bore into your soul.

I've got a little a sampler for your ear.  In my bid for shameless self promomotion, I've included a couple tracks from my own endeavours, Glaze of Cathexis and Damaged Tape.  Here's the tracklist: