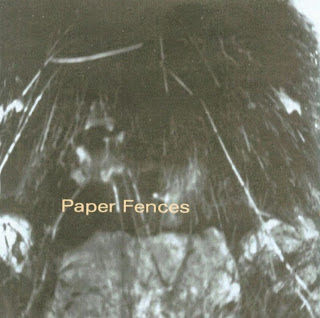 This is admittedly a bit of a "conflict of interest" post. Paper Fences and Zonohedra are projects ring-led by my old college roommate Andrew Bland. That's why you see no quality or trip-o-meters present. The Dr. spends plenty of time recording music too, and I'm all over Paper Fences playing guitar, bass, drums and synth. In fact, I'll apologize in advance for my somewhat spastic drumming. Anyway, these recordings are mostly psychedelic, and most certainly obscure, so I feel that they fit here.

Paper Fences started as a project in October 2005 as Andrew and I wanted to try making music together for the first time in a few years. He'd just converted his basement into a nice music space. I started with the impression that we'd be making a psych-folk sort of disc, although work eventually shifted to a more instrumental collection after a few creative difference fistfights (I never pick fights unless it regards recording music). Hearing the finished product, I actually wish that we'd completely dispensed with lyrics as a few tracks still have conventional vocals ("Dry Window," "Tectonic Glance," "The Inner Light").

Although we weren't completely sure about our plotting out musical course (or at least I wasn't), the best tracks here do sound unified. I hadn't heard the bands at the time, but in retrospect I feel like a lot of these tracks have a similar atmosphere to the band Arica or A Cid Symphony. There's a lot of color shining through the low-fi (but properly mic'ed) haze.

I often complain about the double album curse, and the same holds true here. To my objective ear, much of this sounds like some drunk folks screwing around, because it was. There's a few tracks (like "Polymorphic Sunrise" or "Garbanzo") where I assumed that we were just warming up or waiting for the buzz to dissapate. Andrew tied these jams together with an extra overdub or two and placed it on the final product. You might like it better without the window of experience.

By the time of the final recordings and mixing the Dr. was off to Japan again, but I might have done a little more editing if I were Andrew. Of course, we're not professionals and I'm sure he just didn't want to cut anyone's contributions. That said, here are the tracks that I'd put on one disc for a smoother listening experience: Invocation (Widening and Closing The Circle), Rainy Straw Hat, Fingertips Of Dreams, Confusciasm, Bamboo Gallery, Blue Glass, Paper Clip Button, Smoke, Snake Charmer, Penguin Stomp, Pantomime, Faces On The Ceiling, Glen Song, Cobblestone Kiosk, Refraction

I've added some bonus tracks of rejected early mixes that I had tried to mold into poppier psych-folk. They wouldn't have fit well on the finished album, and I wasn't completely successful at melding the analog recordings to my laptop based overdubs (compression is not the answer). But since I put a fair amount of work into them, I stuck them here. 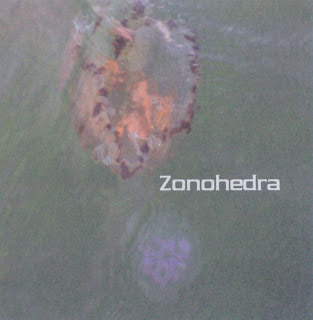 Zonohedra is a more recent project from Andrew and a fellow I don't know named Steve Logel. With more of a battle plan (as opposed to aimless experimentation) and less egos to bruise, Zonohedra is a much more unified project. It makes for fine background music on a rainy afternoon or late at night. Andrew apparently liked the use of the MicroKorg from Paper Fences and brought in a few vintage synths to flesh out the all-instrumental disc. I tend to enjoy the more percussive tracks like "Alkaline," "Solstice," and "Whisper Forth" most.

At some point I'll probably post some of my own, somewhat technologically shinier music here (these recordings are more about organic sound). I guess that depends on your response to this (please leave comments! non-anonymous constructive criticism is welcome). Anyway, next up will likely be Pierre Moerlen's Gong.
Posted by Dr. Schluss at 3:14 PM