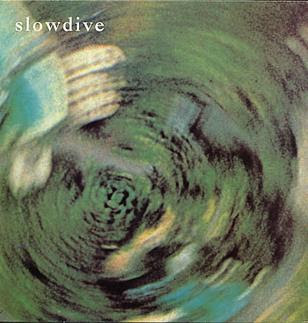 Slowdive was already a step or two behind the British shoegazing scene. Not creatively mind you. At their best, I'd take Slowdive over the more reknown My Bloody Valentine anyday. They never quite had the timing to make it though. While more successful competition like the aforementioned Valentines and Ride had already finished making their names through EPs and were preparing their big album statements, Slowdive stumbled in with their first EP in 1990.

The seeds of what would make Slowdive great can be deduced here, but the eponymous EP does not represent the band in full flower. Slowdive would eventually hit upon a vein of dream pop completely divorced from the blues basis of rock and even had little to do with punk. Listening to most of Slowdive's recordings is a narcotic in and of itself. Unfortunately the three songs (well, really two) here are lacking in a few areas.

The first area is production. After this album, the band's recordings would create an amazing, dreamy sheen. Even when blasting at top volume, they still seemed quiet. On the title track of this EP they are noticably loud. Also, while soon the band would master their guitar effects to the point that it's often impossible to tell quite what they're doing, it's a little too bare bones here.

Primary songwriter Neil Halstead hadn't quite found his songwriting groove either (for those keeping count, this would be area #2). While both "Slowdive" and "Avalyn 1" have cool riffs, the band basically just pummels them into the ground without much change. This is even more a problem as the third track here is "Avalyn 2," an eight minute instrumental take.

The Slowdive EP is basically the band's baby pictures. It's kind of cute, and we get an inkling of where the band is going, but it's definitely more of a starting point than a notable work. Hmm... I think I'm mixing and confusing my metaphors. I'll quit while I'm behind.

Thank you for this fantastic post!
Very pappreciated indeed...