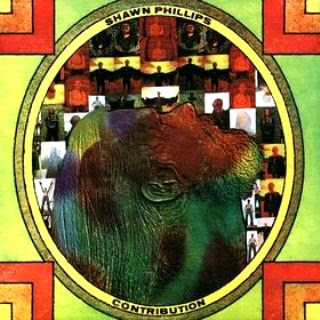 This album is a powerful signifier of the 70's 'singer-songwriter' tradition. The problem for me is that I tend to be bored by that particular strain of music. Still, this is a transition album, with strains of the late Byrds and Crosby, Stills, and Nash also affecting the work. If discovering the missing link between those guys and Jackson Browne sounds appealing to you, then you'll find much to love on this album. For the rest of us, there are a few tracks that might perk up your ears.

The opening "Man Hole Covered Wagon" has a nice groovin' beat and a fine bridge. but it does annoy me that Mr. Phillips has to find every word that he can to rhyme with nation, including constipation. I find little fault with the mostly instrumental eight minute title track, which whips up a nice percussive, acoustic windstorm complete with some phasing effects (actually most of the trippiness on this album comes from phasing effects). The closing two tracks are ok, but still nothing I'd write home about; although it seems I'm willing to write to you about them. "For J.F.K, R.F.K., and M.L.K." is an obviously politically oriented track that makes me think a bit of late-period Jefferson Airplane (early period would be a stronger compliment of course, but I don't dig it that much). Y'know maybe I'll give the early Jefferson Airplane comment to "No Question on the first half of the album. The final track, "Screamer for Phlysis," manages a few fun acid guitar leads, but the rest of the song is still relatively inoffensive folk rock. I guess it ends up sounding like the early Allman Brothers trying to rip-off "Hey Jude."

The rest of the albums breaks various rules concerning what I enjoy listening to. Although "L Ballad" barely registers a pulse, "Not Quite Nonsense" and "Withered Roses" goes for that fake 'old-timey' sound that artists from the late 60's and early 70's almost always managed to bungle.

Plato's Ion has Socrates suggesting that music itself is divine and likens it to a magnetic rock. The artist directly communes with the rock as a bit of metal and listeners can magnetically become part of a chain. This album doesn't really manage to make me a link in the chain, so I have trouble truly appreciating this music (except for the title track). Yet, I can see where this music will appeal to some of you. If you're a fan of that rootsy, late 60's hippy vibe, then by all means give this one a try. It's certainly not bad music, it just doesn't really draw me into its groove. It is a dang awesome album cover, though.
Posted by Dr. Schluss at 1:09 AM

Shawn Phillips is one of the most fiercely fan-protected artists on the blogosphere - or maybe it's even him getting all his links deleted - so good luck with keeping this one available!

Good album but 2nd Contribution was a great album. Just bought a DVD of him playing some little festival somewhere and it was nice to listen to.

Shawn Phillips is the shadow from the past come back to save the souls of all that is good only as he lives and breathes. Money is the evil of all root.. root equals mc squared. Pay for live performances, seek him out, share all corporate commercial crap on the internet to bypass the Fed. It's all worthless paper anyway.