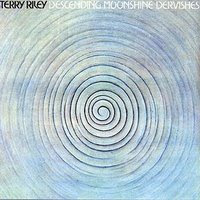 Here we are for another Terry Riley freak-out. Sure the man is a legitimate composer, using plenty of classical theory and existing as one of the prime movers of minimalism. But at it's heart this is music that can only be experienced. From what I understand, this one is a live organ recital, but with the different patterns of sound it's often difficult to imagine that this involves only a single organist. I guess the man is able to synchronize his hands and feet like clockwork.

I only have a single track for this one, although I understand that the piece is often paired with something else. At 52 minutes, though, there is no lack of music to sink your teeth into. For once, I'm more or less at a loss to describe the music. Pretty much everything is a series of interlocking organ patterns that travel at often breakneck speeds and are far more trance-inducing than 99% of other sounds that bear a 'trance' label. If you already dig Terry Riley, than this will be manna from heaven. If you're not and can deal with a very extended track, this is not a bad place to start.

I wouldn't quite put this up with A Rainbow in Curved Air or In C. Those pieces have more instrumentation and thus provide more tonal color. This piece is even more minimalistic than those classics, but it does have the benefit of distilling Riley to his essence and providing an even more meditational sound than the others.
Posted by Dr. Schluss at 1:14 AM