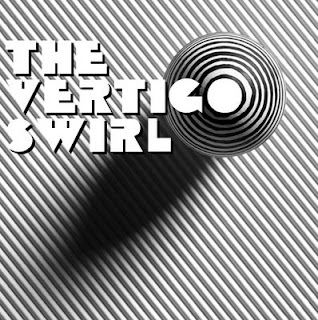 Here's a bit of brand-spanking new psychedelia via a fellow named Brian Andrew Marek. He seems to draw inspiration from many of the bands lurking around this blog, with touches of 1960's psychedelic pop, krautrock, and a dash of 70's rock informing the melodies. The production is also of note. Although definitely shifted over to the more lo-fi end of the sound range, the instruments stand out crisply and blend in all the right places. This stuff was recorded very well and mixed even better.

The album is clearly divided between more compact vocal contributions and more extended instrumental space explorations. If you've been reading this blog for a while, you may surmise that I'm more attracted to the instrumental tracks. "Welcome to My Carnival" and "Thank You Thank You" do a fine job of evoking prime late 1960's psychedelic pop; maybe too well. They sound strangely dated despite being brand-new recordings. I guess it's best thought of as a kind of a Dukes of Statosphear re-creation; this is stuff very much of a kin with the Merchants of Dream or Paul Perrish. "Thank You Thank You" also seems to also be an (un?)intentional tribute to the similarly titled Big Star tune, although it functions well enough under its own power. "I Get the Visions" pushes things even farther into a seventies sound. It makes me think of the Who's Next-era Who trying to evoke Pink Floyd's Meddle.

Alas, I'd like to think that you would forge a firmer connection with the hypnotic instrumentals. "Baited Breath" is a swirling world of sound. We get backwards guitars and sitars and everlasting synthesizer drone, improbably but effectively stitched together by an almost AOR piano riff. The main course in both length and content is the sprawling title track. It sounds like an LSD ceremony presided over by Manuel Gottsching's delayed guitars before plunging into the abyss (or vertigo swirl I'd presume) at about the 12 minute mark. The hypnotic quality is also of note. It achieves the rare quality of sonic time dialation. It ends, and I can't convince myself that the thing is longer that 1o minutes, although the track actually goes on for 23 minutes.

You're not going to do too much better than this if you're on the prowl for new psychedelia (at least not of the hypnotic type). Everything here is finely crafted, and the instrumental tracks in particular will provide some mind transportation for your entertainment and enjoyment.
Posted by Dr. Schluss at 11:57 PM

Thanks for posting the album and providing your insightful comments. I feel that I'm in very heavy company on this blog!

excellent -and it deserves an extra point just for the referential title :)

Thanks for letting me hear this, but I have to say I was disappointed! Short on melody, short on excitement, short on vocals - all the trademarks of a one-man band. Fine, perhaps, as a demo. I have to disagree with your trippiness count, too - the instrumentals sends me to sleep, but out of boredom!

But like I say, thanks a lot for the chance to listen.

Greetings to the good doctor! Thanks again for the exposure for and thoughtful ruminations on "The Vertigo Swirl". Although it's probably a little less likely to be your cup of tea, being more song-oriented, I thought you might enjoy hearing my latest bag of tricks...

Disconcertingly shaky, held together by duct tape and dreams but somehow managing to occasionally achieve flight, these are my "utopian flying machines" - 14 diverse tracks banged out in my basement over the last seven months at no small expense to my brain cells (not that I'm complaining). Recorded on the same old school Tascam reel-to-reel four track that produced "The Vertigo Swirl", this lastest batch of songs and sounds finds me yet again looting and pillaging all my favorite genres for an eclectic pop/rock blend lyrically covering such topics as love, death, work, politics, ghosts, Walt Winston, conspiracy theories and, of course, peanut butter toast and tea. As is often the case, my ambitions outstripped the facilities at my disposal, resulting in a murky, low fidelity echo of the classic rock productions I love - hopefully these sonic imperfections are more interesting than offensive to the listener. So here it is, a distorted aural snapshot of myself in 2009, unwashed and naked (but making funny faces here and there), setting off in my psychedelic airship. Enjoy the flight.

I've heard from a number of people who said they don't have RAR, couldn't run it on their computer, et cetera, so I've changed all my upload links to ZIP archives for everybody's convenience. Enjoy!

In late 2009, "Manik" Myk Thompson suggested we revive our long dormant collaboration with some recording of an experimental/psychedelic nature. I countered by suggesting that we do so with the goal of a recording a second album under The Vertigo Swirl identity. We began with a day of improvisation that yielded "Jeremy's First Flight", "Third Sun from the Stone" and the compositional beginnings of "The Megalith". I added my contributions to some tracks that Myk had begun at home ("We've Got Electricity", "Molehill Sherpa", "Loneliness Is a Choice" and "Got Yer Back") while he, in turn, added guitar to my own pet projects ("You Belong in Outer Space" and "The Megalith"), a couple of guest performers did their thing and, voila, we had a new swirled record - eight paths of excess trod by two psychedelic brothers in arms.

Looks groovy! I'll give it a listen soon. Thanks!

Finally! The third chapter in the Vertigo Swirl saga...

Brian Andrew Marek and "Manik" Myk Thompson return with their newest and grandest audio cathedral to excess. Sequenced to mimic a classic vinyl double album, Swirl 3 is an epic joyride through psychedelia, progressive rock, Krautrock and all points in between. Dive in.