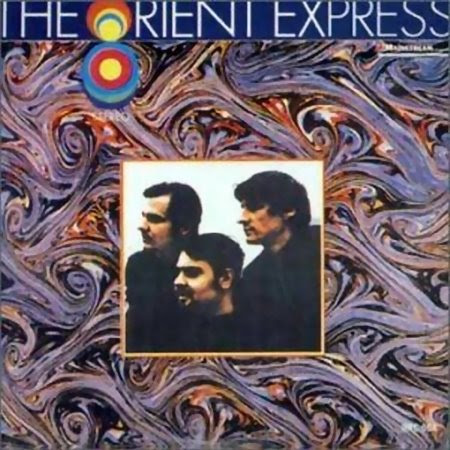 Here's another group from the sixties focusing on exploring the sounds of India and the Middle East. While it's well past a cliche to be doing that, especially by 1969, these folks do it quite well. The Orient Express grabbed a few ethnic acoustic instruments and modal ideas, and set out melding it with the 1967 vintage of the San Fran psych rock ballroom sound (with a hint of Syd Barrett's Floyd too). Along with the sitars, this band tries to play most of the guitar parts as f they are sitars too. Most of the tracks manage to work themselves into a whirling dervish-like frenzy. It's mostly instrumental, but we do get vocals from a fellow that sounds like he's channeling some of the less cuddly Hindu gods.

The first three tracks all work on the wild, strobe lit, sound quite amazingly, while the echoing canvas of "Birds Of India" takes a little more leisure, occasionally slipping into polyrhythmic insanity. "Caravan Of Silk" sound like the perfect music for enter an evil lair in some twisted low-budget (but great) adventure film, and "Azaar" eventually pulls out all the stops for a full frontal assault. Strangely enough the most pop friendly tracks appear near the end, with "For A Moment" and "A Little Star" sounding like tracks tailor made for the left-of-center, freakier radio stations (did AM radio have left of the dial?). With "Cobra Fever," we get a nice come down track along, which could end up in the aforementioned adventure film as the villain is plotting our hero's doom.

There's something mildly exploitative sounding about the Orient Express, but they tend to work up such a head of steam that I really don't care. It's like exotica for the turned on crowd.
Posted by Dr. Schluss at 11:51 AM