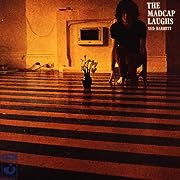 Syd Barrett's first solo album is the work of a man completely falling apart. As the founder of Pink Floyd, Barrett ingested enough LSD to drive a medium sized country mad, and by 1968 and 1969 (when this album was recorded) his mental state was very schizophrenic. Even with these problematic mental disorders (or maybe becasue of), Barrett managed to create a classic.

Following Barrett's dismissal from Pink Floyd in early 1968, the band's managers followed Barrett, assuming that the band could not survive without their creative light (oops). While time has obviously proved them wrong, they soon set Barrett to work with producer Malcolm Jones and the trippy combo The Soft Machine to create a pop album. Barrett's performances soon proved to be erratic and strange, and it was soon apparent that the music was not going to set the teen scene on fire. The sessions were shelved (although temporarily as many tracks are included on the album) and "Octopus" was unleashed as a single. It unsurprisingly did not go far.

Cut forward a few months and former bandmate Roger Waters and Syd's own replacement David Gilmore wheel Barrett back into the studio for some more fun and games. These sessions were acoustically based, and allowed Barrett to do pretty much whatever he wanted to do, even if it was endlessly strange.

The final album is a somewhat daunting listen, but quite phenomenal if you can get your mind into Syd's world, where things like rhythm are rather amorphous. "No Good Trying," "No Man's Land," "Octopus," and "Late Night" are strange but amazing masterpieces of psychedelic rock. On the first two especially, the backing musicians sound like they're furiously trying to keep up with Syd (no good trying?) and the music is always on the verge of flying apart at the seams in a wonderful and interesting sort of way. "Terrapin," "Dark Globe," and "Golden Hair" are more acoustic-based classics.

Now I'm guilty of a bit of blasphemous resequencing in regards to my own copy of "The Madcap Laughs." I've taken out "Feel" and "If It's In You," which I think qualify as acoustic shambles, and replaced them with "Opel" and "Silas Lang." These are outtakes from the Malcolm Jones sessions that I think are amazing (especially "Opel") and bewilderingly left off the album. I think that these tracks better compliment the strange vibes of the other material on the LP. These tracks can be found on the otherwise hit or miss odds-and-sods complation "Opel."

Although more expensive, I heartily recommend the EMI reissue of this disc. The remastering is far superior to Capitol's disc, and the alternate takes are illuminating. Barrett never played a song the same way twice; that was likely part of his madness.

My book is closed,
I read no more.
Watching the fire dance,
on the floor.
I've left my book,
I've left my room