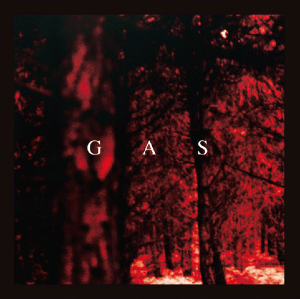 Back when Tower Records was still thriving in the US, they published Pulse Magazine, wherein folks would have their ten desert island discs posted every month. This album is a shoo-in for my personal ten desert island discs. Gas' music is formally described as 'minimalist techno,' but to me these ethereal loops and minimal, submerged-sounding percussion exist in their own netherworld which defies any easy classification. More than almost any other music (William Balinski excepted), Gas propels my mind somewhere else.

The tracks on this disc are all untitled, but it's probably best to consider the entire album as a single piece named "Zauberberg." We start upon an infinite ocean of sound, which ebbs and flows for several minutes. As the piece progresses, we start to move upon the surface, with beautiful, strange, and sometimes even disturbing images passing through our mind's eye. The tracks build upon a strengthening heartbeat. Maybe it's the sound of the abandoned lunar disko. Eventually we are returned to rest back in our infinite ocean. "Zauberberg" turns out to be a mystical musical pyramid. As listeners, we are allowed to explore the interior in all of its transcendent glory.

This is music that cannot be hummed while walking down the street, or chopped up into representative parts, but it is amazingly visceral. I imagine that if you're trawling around the Psychedelic Garage, you may be in the market for a musical trip. I don't think you'll find one much better than "Zauberberg."

I really like the techno music, i think the Gas' music is wonderful. I usually feel energizer when i am listen this kind of music.