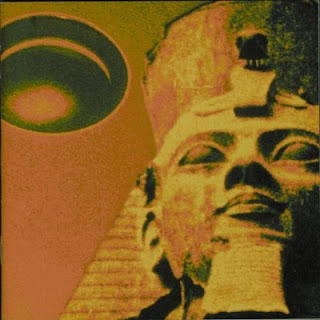 Let's just get it out of the way that there is some serious bad blood involved with this album. Bobby Beausoleil was a member of the Manson family (and almost a member of the band Love) and he has spent the last few decades behind bars. In fact, this album was recorded by a group of inmates. I'm going to refrain from focusing on the morality issues surrounding Beausoleil, and instead accept the fact that I really like this album. For me this music is the perfect archetype of the kind of west coast psychedelic music to fill a late-night bohemian club or to score wildly avant-garde films. Of course much of the music here adorned Kenneth Anger's Lucifer Rising.

Beausoleil was promised the soundtrack work for Lucifer Rising back in the 60's, but Anger never completed the film until the early 80's. By that time Beausoleil had been incarcerated for several years and had no lack of notoriety. Yet, Anger stayed true to his promise (along with the fact that Jimmy Page was unavailable) and this music more than justifies that decision.

The first disc of this reissue is pretty much a sonic rendering of the film. This is very mystical music with majestic organs and plaintive horns wafting through the intentionally cloudy mix. This being a soundtrack, themes are repeated through the six movements and the whole thing is constructed in a classical manner despite the fact that the sounds are clawing towards psychedelic rock. While not a pristine recording, the production is very well done and the playing is generally pretty top notch. It's far better than its prison roots would suggest.

As good as the soundtrack work is, I have a affinity for the bonus tracks on disc two. I imagine that these tracks are simply the result of the warden having given the musicians more time to record. The sound gets murkier, and the disciplined sound of the proper soundtrack gives way to far more wild psychedelia. "Punjab's Barber" sounds like it may have been an attempt at a different approach to the soundtrack while "Flash Gordon" is a full-fledged West Coast acid-rock freak out. The extended tracks skirt free jazz/Sun Ra territory with "The Magick Powerhouse of Oz," and oscillate between acid rock jamming and organ ambience on "The Freedom Orchestra."

With the Manson family connections and the strong occult leanings, I can see where many people would be put off by these recordings. If you're able to get past that, you'll find some exceptional psychedelic music included in this collection.

And I'd be nothing but a tease if I didn't get to the film as well. Kenneth Anger is one of the major avant-garde filmmakers in this country, and I'd have to say that this is probably my favorite of his films. It has some disturbing imagery along with Anger's typical homoerotic subtexts, but you'll also note that many of his innovations have also been adopted by more mainstream filmmakers. Viewing this film will most certainly highlight the more occult aspects of the music.

many thanks - your posting has motivated me to go get the movie!

for some of us, the earlier version with Jimmy Page's music is the definitive LUCIFER RISING! SEEK IT OUT! I have been an Anger fan-supporter-friend since the 70's. [-Once drove him to the huge house where the man with the "2nd largest collection of Mickey Mouse memorabilia in the world" lived.

ge, would you by chance have a link to the Page recordings? I was under the impression that he never completed much work on 'Lucifer Rising,' but I'd love to hear what's available.

I dont have such link but imagine it must be circulating somewhere given Page-LedZep collectors. Anger sometimes let personalities and whim dictate changes in soundtrack-use. For a while he replaced the amazing Janacek Glagolithic Mass for INAUGURATION OF THE PLEASURE DOME with ELO's 'Eldorado' album---I was among the ones who begged him to replace the original! which he did. Page did a great job on that original cut of 'Lucifer' imo, --the rockier Beausoleil left me cold. But I should maybe give it another chance :)

I found this link to the Page version...

thank you soooo much!

This seems really crazy but I am excited to check it out. Thanks for all the great rips. That's a lot of work! I appreciate it.

thank you so much

This material plus more amazing material, lots of new art from Bobby and some posters in a thick box.

If you need your ex-girlfriend or ex-boyfriend to come crawling back to you on their knees (no matter why you broke up) you got to watch this video
right away...

(VIDEO) Text Your Ex Back?