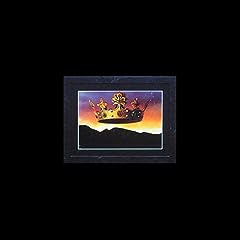 Sliding through you mind as you try to grasp it, this is a wonderful album to go to sleep with or set up an unobtrusive vibe in an otherwise silent room. It's a testament to the band that they were willing to branch this far out, but this is about as far from the quintessential OTC sound as you can get.
Posted by Dr. Schluss at 6:50 AM

Great album; love the rolling thunder. I can almost picture myself on the porch with an acoustic guitar.

as far as the Wizard of Oz/Dark Side thing I am with you, it just doesn't work. Although Black Sabbath's Paranoid album works amazingly well (with the whole Iron Man/Tin Man thing). Thanks for all the great music, much appreciated.