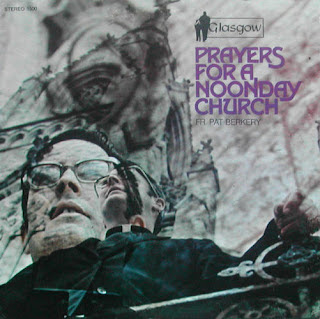 This isn't really something that you're going to cruise around town groovin' to. But if a psychedelic album with a priest on the cover intrigues you, I don't think that this will disappoint. It's certainly something that would be fun for your next party playlist.
Posted by Dr. Schluss at 7:32 AM

i do think you were a bit unfair with the review though.

"I'd wager that this is justified along the lines of some strange mission."

this is possible, but it could be that he just liked the music and liked doing the weird poetry, and his religious belief came through in the words.

it just seems a little patronising to suggest that it was a pure exploitation of trends to convert people or whatever. it could be, but i wouldn't assume so just because it has a religious focus.

it does sound like a cool album -- the rapidshare and shareonall links are incomplete, yes?

My English is horrible. It excuses my ignorance, but I do not know about what country is this band. You would be able to help me?

Where else but gods great america.