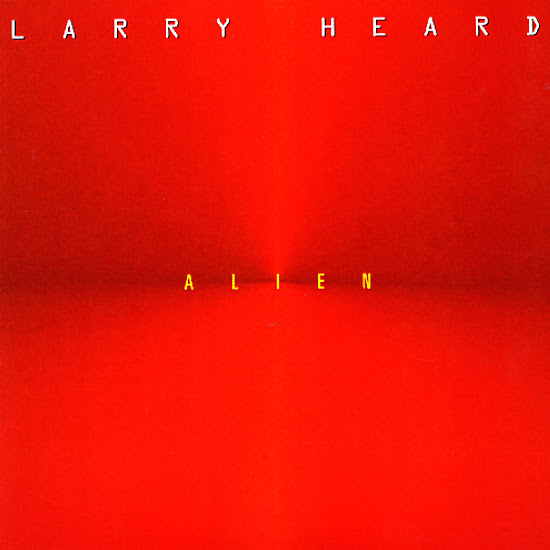 Larry Heard may be better known as Mr. Fingers, one of the 1980's pioneers of Chicago house. By the 90's, he'd began branching out sounds on records released under his real name. This one is extremely chilled out, with Heard focusing on very cosmic sounds and relegating the beat to a supporting position. The album is somewhat like what Tangerine Dream was doing on their better 80's albums, although infused with a huge dose of house and acid jazz sensibilities.

Let me try and put this one right out on the table. Larry Heard's sonic constructions and the flow of his music is amazing. On this album he really managed to create what feels like aural journeys through stardust. On the other hand, Mr. Heard does not have the best taste in hardware. I imagine that we're hearing the top of the line synth technology of 1996, but that's not really the most interesting collection of synths in my opinion. Also, some of the lead keyboard parts are sometimes a little cheesy, but usually in that non-offensive lounge sort of way. For the worst offender, go straight to "Flight of the Comet."

Or we could focus on the fact that the first 23 minutes of the album are extremely good. "Faint Object Detection" starts off with crystal clear sequences, "The Dance Of Planet X" takes us into orbit, and finally we face the unknown with the bubbling sounds and percussive lattices of "Micro Gravity." It's all very 'cool' music. Maybe the Alien of the album's title is cruising along the interstellar spaceways in his convertible rocket with the top down.

"Galactic Travels Suite" is a fine ambient piece, presenting us with shimmering balls of elctric sound before a popping bass line finally grounds us. "Two Journeys" offers lots of interesting noises, with the first half taking place in an ambient jungle, while the second half skitters down an asphalt lane late at night.

The album is completely instrumental until the closing "The Beauty of Celeste." There's a bit of a space age Gil Scott Heron ranting on the top that doesn't quite break up the flow of the album, but I still could have done without. This is still a great late night album for those of you who hope to travel with the jazzy sounds of Larry Heard's digital alien.
Posted by Dr. Schluss at 11:32 PM

Very nice review of a great album. I just wrote a post on my Blog on "Alien" by Larry Heard and inserted a link to your review. I hope you do not mind.

saw this & thought 'sounds my kind of album' then thought 'sounds like one of my albums' & checking it out discovered i'd got this cd years ago & forgot all about it, oh the shame!

I would just like to say: I love this album. I've been listening to in repetedly since it came out.
Nice review.

I would like to take the opportunity to recommend another one that brings me in a similar mood - Chill out by KLF. Even though it is far more ambient and obscure...

This is what I love about this blog, the sheer diversity of music it offers...I had this album years ago and someone mentioned a track off it the other day so I thought I would have a look to see if there was a rip floating around of it in the blogworld and as soon as I saw the Dr. Schluss name, it reminded me just how spaced out Aliens was.

Larry Heard has always had that etheral/ambient/sounds from deep space feel about his music, even in his more dancefloor Mr. Fingers incarnation..anyway, I digress, huge thanks for sharing this!

I saw a post above mentioned the seminal KLF Chill Out album...the one to get by them is 'Space' by 'Space' as the title suggests, it is innerspace astronaut music of the highest order.