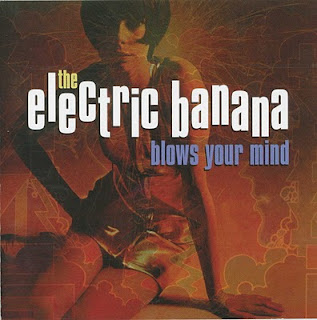 You'll hear some of the Pretty Things at their best and worst as the Electric Banana, but the balance definitely tilts to the positive side and this serves well as a companion disc to S.F. Sorrow. I only recently became aware of this set recently, and it was certainly a very groovy surprise.
Posted by Dr. Schluss at 11:36 AM

Patriots Of The Wasteland said...

Thanks so much, I'm lovin' this album. I had never known about Electric Banna, huge fan of the S.F. Sorrow album. Dig your page. I've got a Psychedelic band called The Bloody Strummers, we're finishing up our first album at the moment, check us out at http://www.myspace.com/thebloodystrummers
Also thanks for the Mono mixes of the 13th Floor Elevators, so much better than the stereo mixes.

Thanks for posting this rarity. Electric Banana music turns up in a few films from the 60s, especially the Norman Wisdom comedy, "What's Good For the Goose", where the Pretty Things themselves make an appearance. There are a few clips from it on YouTube:

BTW Anyone who likes "SF Sorrow", could also try "Parachute" from 1970. It's moving from psychedelia into rockier territory but is a great album -- the Pretty Things best IMO.

I hadn't put "Alexander" together with "Defecting Grey" before. It seems obvious now!

I have to agree with the previous comment about Parachute.

That was the first I have ever heard of The Pretty Things in the early `70's and still to this day it's one of my favorite albums.

I haven't had the opportunity to drop by your garage for some time now. I've been stuck in traffic. I'd previously heard that The Electric Banana were in fact The Pretty Things, but I never believed it until I read your post. I always trusted your advise, so I'm DLing now. Thanks for the bargain, and nice to see you again.

Hi. Do you still have this one locked down in your vault? Is it possible to re-open that vault and let this little stone out once again? And, what else, besides this and S.F. Sorrow is the way to go on if I want more Pretty Things/Electric Banana?

Except that Parachute, that is, ofcourse

Any chance of refreshing this link ? Much appreciated. Arguably one of the finest british bands of the psychedelic persuasion. Much copied never equalled.