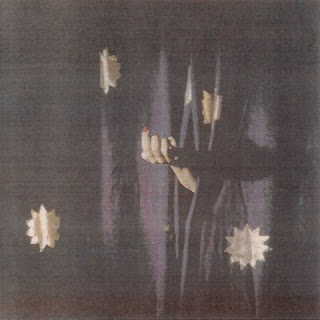 I'd say that the band's name is a pretty dead give away that we're going to find a pretty psychedelic slab of music on this release. Now, information about the Entheogens is not the easiest to come by, but from what I can gather this is a Swedish collective, with this album being a series of jams. I envision that they are spending the winter in a Swedish cabin, buried in snow, but with an enviable collection of acoustic instruments and a seasonal supply of magic mushrooms at hand. It's worth noting that I didn't realize that this album is an almost a completely acoustic affair until several listens in. These folks create a very tranced-out and dynamic vibe that we typically expect with more electronically manipulated music (although I guess the Indians often hit that mark acoustically). I think there's only electric guitar deep in the mix and we occasionally get an organ blast.


"The Dance of the Priestess" a slowly building dervish melody. It's a little of a drum circle vibe, but as done by experts rather than stoned weirdos in the park. "Fire at Will" is the shortest and most conventional thing here; the sound is much more smoothed out and slick, reaching towards more of a new age vibe. Fortunately, they don't get all the way to new age land, and once again show their skills at achieving a satisfying, extended, musical buildup. The 22 minute long best is saved for last. "10 Pan" is one of those transportative tracks that open up doors in your mind with it's evocative and image-inducing sounds. We get several build-ups, walls of percussion, and a couple blasts of acid-seared wah guitar.

This album seems to have fallen deep between the cracks, but is fully deserving of your attention. It really does seem to make your listening space become the stage for some sort of psychedelic, pagan ritual. The cover is enticing enough; won't you step inside?
Posted by Dr. Schluss at 1:48 AM

is it possible that you can reupload this album? I haven't been able to find any other place to get it