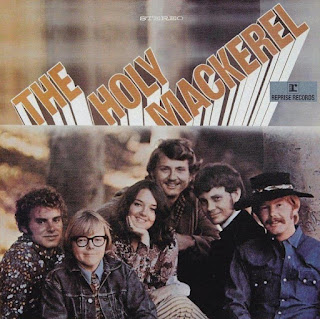 Urrg... resisting urge to use title... as exclamation... ahhh.... dammit!!!  Holy Mackerel!  This is a groovy album!  The man-engine powering this is Paul Williams, who was apparently a major singer/songwriter in the 70's whom this writer is admittedly unfamiliar with.  No matter - this stuff apparently doesn't sound like his 70's output anyway.  Instead, we get a pristine set of soft psych and sunshine pop, with a few early country-rock tracks invading the second half of the album.  The production and performances are A-list quality, and the songwriting more often than not matches that standard as well.  There's really no innovation or real experimentation here, but the band did a great job of grabbing onto the late 60's zeitgeist and letting it take them where they needed to go.

Well, the album starts great, and ends great, but there is a bit of poo in the middle.  The opening five-song run is pretty phenomenal pop.  I've got to tell that I did "Wildflowers" best with is wacky phased vocals and wanna-be sitar leads (is this perhaps the awesomely infamous Coral Electric Sitar?).  "The Lady In Waiting" gleefully tramples on Simon and Garfunkel's sonic ground, while the first two tracks could have had a death-match punch-out for who would be the king of the AM radio hit parade.  I guess they double KO'ed since you're now hearing about both of the at the Garage of Psychedelic Obscurities.  Then, the band takes a large crap in the middle of the album with the pointless spoken word "Prinderella," and "Bitter Honey," which aims for the Davy Jones vibe.  Unless you were Davy Jones, this is probably a bad idea.  "The Golden Ghost of Love" is a freaky bit of folksy sunshine pop, and the band uses a string arrangement on "!984," but it's not as groovy as the one on David Bowie's same-titled track several years later.  "The Somewhere in Arizona at 4:30am Restaurant Song (And Now I Am Alone)" (blimey 'ell, did I really have to type all that out?), "Nothin' Short of Misery," and "The Wild Side of Life" go directly for early L.A. cowboy country rock.  I guess they were a touch ahead of the curve on that, but none of it really managed to blow me away like the sunshine pop tracks did.

While not a perfect collection, The Holy Mackerel is an unjustly forgotten group of sacred fish.  With the exception of the two tracks of detritus lurking in the middle, the album is a pleasant listening experience through and through, and several of these tunes could've, should've been hits on your AM radio dial.

Note: There is a recent reissue that boasts another ten tracks or so.  I don't have it, but I imagine it's probably worth seeking out.  Oh, here it is: The Holy Mackerel

Hey Doc!
Holy Crap!!Great Find!! I believe Paul Williams did the music and starred as a satanic music mogul in Brian De Palma's Phantom of the Paradise...a rather bizarre film

Er....I've enjoyed your blog and have downloaded somethings over the past year....but...please don't post this as a free download.

I'm sorta friends with the guy who runs this excellent reissue label, Now Sounds. He works hard to do excellent work and is truly in it for the love of 60's pop. The label is legit, so Paul Williams and crew get money from this new reissue.