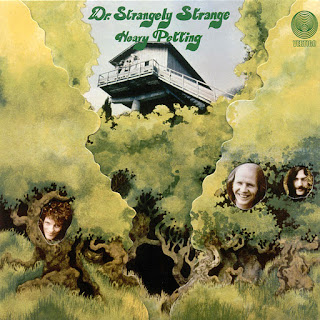 Quality: 4 out of 5
Trip-O-Meter: 3.75 out of 5
I suppose one of the strangest things about this collection is how addictive it is. This a relatively above average set of Irish folk rock. Typically, that wouldn't interest me too much, but this album does have a few aces in the hole. While it's squarely rooted in Irish folk, a few San Fran psychedelica hallmarks make an impact, with some of the male/female vocal leads coming across like Grace Slick and Martin Balin, as well as a few great acid guitar leads hiding away on the disc. It probably doesn't hurt that psychedelic/folk deity Joe Boyd was behind the boards as the producer. The drums in particular have an awesome, crisp sound.
While the band does stick mostly within the folk millieu, they do manage quite a few diverse sounds in that context making for a fine variety of sound on this album. 'Ballad of the Wasps' will likely become stuck in your head forever with its great melody. There are some distinct echoes of the Incredible String Band on 'Kilmanoyadd Stomp.' Although Dr. Strangely Strange doesn't quite match the manic minstrel vibe of the ISB, their result does seem more 'groovy' to me. The mostly instrumental 'Sign On My Mind' gives us a fabulous folky space rock jam. Maybe this is what mid 70's Floyd would have sounded like if they'd stuck with the folkier tunes from "More" or "Obscured By Clouds." I really dig the very pastoral instrumental of 'When Adam Delved' as well. The band finally blasts out some full-blown rockin' on "Mary Malone of Moscow,' which is punctuated with some fine acid rock guitar leads and a billowing organ.
This is definitely a top-self set of folk rockin' Irish style. I'd claim this as one of the highlights on Joe Boyd's resume. Come to think of it, I'd wager that this is more or less what the Essex Green (whose early albums we covered on this blog some time ago) was using this album as a template, especially as their sound and album cover wasn't too far removed from "Heavy Petting." Here's the gold though - it's more authentic and very groovy.
Posted by Dr. Schluss at 9:24 AM

> The mostly instrumental 'Sign On My Mind' gives us a fabulous folky space rock jam.
> The band finally blasts out some full-blown rockin' on "Mary Malone of Moscow,' which is punctuated with some fine acid rock guitar leads ...

It's young Gary Moore's guitar work that can be heard on here.