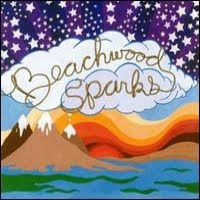 Beachwood Sparks took Gram Parsons' concept of 'cosmic American music' very seriously. As much as I like Gram Parsons, I was always a little disappointed by his own execution of this idea - I wanted more 'cosmic' sounds in the music. The Sparks apparently agreed, and this album is a wonderful fusion of the songwriting and vibes of the Byrds' Sweetheart of the Rodeo and the psychedelic pyrotechnics of that bands previous three LPs. To sweeten the deal a little, there are some stylistic touches borrowed from the Beach Boys and the Buffalo Springfield as well. That said, Beachwood Sparks does have a bit of an unfortunate Achilles heel - the voice of lead vocalist Christ Gunst. He's afflicted with the same problem that plagued so many indie bands around the year 2000, a sort of over-warbly, sad, whiny tone. The lonesome reedy tone of a Gram Parsons or the confident warble of a Roger McGuinn or Neil Young would have put this album over the top as an absolute classic, but I often find myself wanting to slap Gunst's voice and tell it to pull itself together. Fortunately, Gunst is often in a mix of harmony, where it works much better.

The first song, while well written, is also the worst case of Gunst's unadorned voice muddling up the proceedings. Head for "Silver Morning After," a great harmony-laced, cosmic country pop to get you in the mood for this album. "Sister Rose" takes the sound of Parsons' "Lazy Days" into interstellar space, while "This Is What It Feels Like" takes a brief detour into rockin' Beach Boys territory, while the band goes for a countryfied Smile sound on "Old Sea Miner." The best track here, though, is "Something I Don't Recognize," which detours much of the country sounds to head straight for the core of 1967 L.A. psychedelic rock. You'll also head several well done psychedelic country ballads which are generally well done, but didn't leave as much of an impression on this listener. I do have a soft spot, though, for the short experimental pieces like "Ballad of Never Rider," "Singing Butterfly," and "Sleeping Butterfly."

Coming annoying short of hitting all of their marks, Beachwood Sparks' debut LP still makes for some mighty fine listening. Give enough time to really get into this fine realization of a 'cosmic Americana' sound and you'll find yourself putting this into your rotation.
Posted by Dr. Schluss at 11:14 AM

Absolutely one of my favorite records of 2000, really dug these guys

i just got once we were tress off another blog a few weeks back and was looking for the rest of their albums and here you posted the rest of them!:D thanks a million

oops ^ i misspelled my tumblr blog heres the proper one, u should check it out

Can you reup these albums?

Hi. Would you mind re-upping this excellent album? Thanks