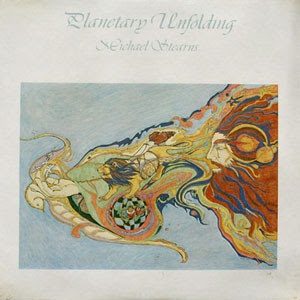 There's plenty to appreciate on Planetary Unfolding, but I wouldn't quite rate it as top shelf material. If you're a synthesizer geek, this is a must hear simply for the not-often-heard Serge. But for those that really want to reprogram their brains through ambient sound, I will first direct to the recordings of Gas or Coil.
Posted by Dr. Schluss at 12:59 AM

Absolutely clueless review. Insulting to one of the greatest electronic albums of all time.