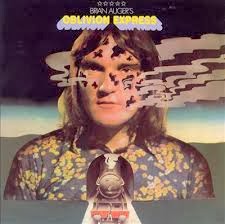 I'll have to apologize to Anthony for giggling at his Brian Auger's Oblivion Express vinyl all those years back.  This nicely breathes in the psychedelic exhaust of the late 60's while suggesting some of the fusion and prog routes that rock would barrel down in the 70's.
Posted by Dr. Schluss at 11:10 AM