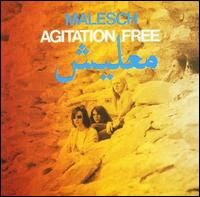 While there are plenty of elements on this disc that some of the other 70's German musicians pulled off even better, Agitation Free hits their marks well and the Egyptian sounds help set this one apart. With clean production and fine playing, this is a necessary listen.
Posted by Dr. Schluss at 11:19 AM