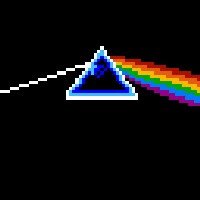 Money is one of my least favorite PF songs ever... Dark Side is my top 3 favorite Pf albums... How and Who could ever dislike Us and them?