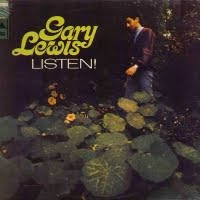 I don't typically see this album trumpeted as an A-list sunshine pop LP, but it really is one of the better ones I've come across. Be prepared for an overdose of happy vibes, but that's almost always a prerequisite for this sort of album anyway. Truly I say unto you... Listen!
Posted by Dr. Schluss at 7:45 PM 12 comments: 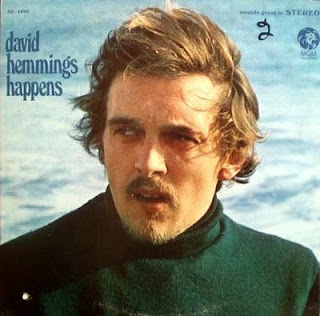 David Hemmings solo LP is far from an embarrassment, and serves as a hip signifier of the Summer of Love, but I would like to send him Auto-Tune through some kind of time transportation machine (and this is coming from a man who typically loathes Auto-Tune). Byrds historians of course must hear this, and they won't necessarily have a bad time either. That said, for Hemmings at his best, go rent Blow-Up.
Posted by Dr. Schluss at 7:17 PM 10 comments:

This solo album from Gong luminary Daevid Allen date from about the time that he originally left that band. Unlike the earlier solo album Banana Moon, this album has more of a stylistic consistency, focusing on a kind of pastoral space folk-rock. Granted that description has enough adjectives to make listening to this worth anyone's attention, and as usual Allen does make a few detours. Gillie Smyth of course contributes some vocals, and I'm pretty sure percussion whiz Pierre Moerlin is artfully banging around on the vibraphone at a few spots.

The opening duo of tracks does a phenomenal job of establishing the space folk groove. Allen does sound a little reigned in here, and the atmosphere reminds me a bit of the quieter tracks from Pink Floyd's Meddle. "Spirit" starts out sounding like an outtake from the Beach Boys' Smile before shifting into another section that features some entertainingly menacing vocals from Allen. "Have You Seen My Friend" and "French Garden" return to more pastoral fields, but this time with a healthy dose of freaky 70's analog synthesis. "Wise Man In Your Heart" goes for the epic vibe of the more relaxed extended tracks on Gong's You. It's not as good as those classic tracks, but very few psychedelic prog songs are. After a brief slough through music hall kitsch on "She Doesn't She...," we get CD bonus track "Euterpe Gratitude Piece." It's a foray into Berlin School electronics that doesn't quite fit with the rest of the album, but I like it and it does provide a nice sonic mindbath to close things out on.

Although Gong's early to mid 70's albums are the main event for fans of Caterbury psych-prog, Daevid Allen did a fine job of staking out a little patch of personal sonic space on his solo albums. Good Morning is no exception. There's no doubt that this is the same man that fronted Gong during their golden years, but it's definitely not the same thing.
Posted by Dr. Schluss at 6:53 PM 3 comments: 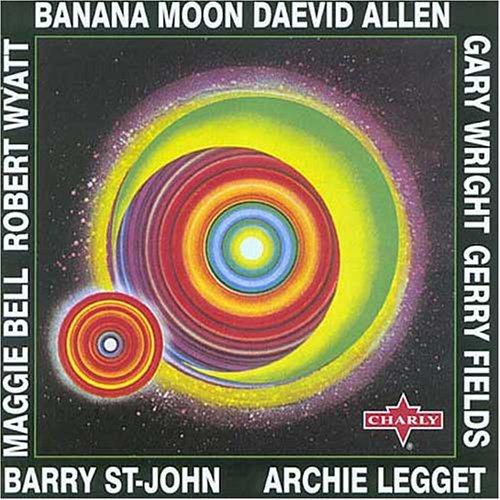 This is every bit as essential as Gong's early albums such as Magick Brother and Camembert Electrique. Actually, I prefer this album to the latter - it also gets bonus points due to Robert Wyatt's drumming contributions. So yeah, stick this one in your ear.
Posted by Dr. Schluss at 11:07 AM 6 comments: 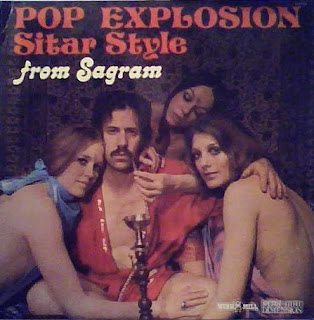 While there's nothing here to write home about, this is a very enjoyable album for you sitar fans to explore. As a side note, the musicians here also made up the backing band on the Magic Carpet LP, which you'll find here. There's a lot more Western influence on that one, but Sagram finds a more comfortable home on my turntable (well, mp3 player really).
Posted by Dr. Schluss at 10:38 AM 5 comments:

Ok, my Rapidshare account is expiring, so I'm very open to using a new hosting service. I know a few of you have mentioned some others to go with, but if you could comment here, that would be most useful. Thanks!
Posted by Dr. Schluss at 11:36 AM 21 comments: