I have a bit of a vintage educational film obsession. When entertaining, I usually try and shove a few down my unwitting guests' throats. This is one of the better ones I've come across and definitely among the best 'drug scare' ones I've seen. It'll be on this DVD come October along with another phenomenal drug scare film called "Your Amazing Mind." Thanks to Andrew of Gonzoriffic Films for passing this one my way.
The Love Statue LSD Experience
Posted by Dr. Schluss at 1:40 AM 9 comments: 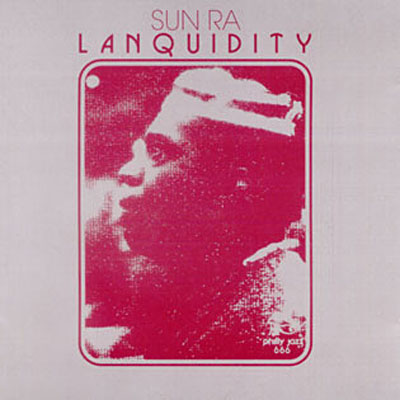 As usual with this fellow, I should probably point out that this was my college roommate for several years, so I can't say that I'm completely unbiased here. That said, I haven't been in the same general vicinity as him for three years, so I feel able to approach this music with pretty fresh ears - and to those ears this is the best set he's come up with so far. Andrew's M.O. is to create hazy soundscapes with a variety of world and folk instruments alongside his guitars, drums, and an analog Korg. The liner notes suggest that these tracks are destined for a series of short experimental films, and they are mostly perfect for that venue.

Most of the tracks contain an early morning acid hangover sound that has cropped up in fringe music for the past forty years. While it's not quite destined for a David Lynch movie, it would fit in with those inspired by the eerie nightclub vibe of those films. My favorite track here is "Hurdy Gurdy," which comes across like a Brightblack Morning Light track, but is a touch brighter, which I think helps the vibe. I also dig the polyrhythmic percussion and dulcimers in "Sheet Lightning" and "Fuse." "Being in Time" is a fine rhythmic drone, although lacking in dulcimers. Almost everything here is pretty short, so if you do run across a tune that fails to tickle your ear, it's not a long wait for the next bit.

This is a fine album to lend your ear to if you're in the market for some hazy, homemade instrumental psychedelia. Andrew has a few new sound combinations to offer, and the experiments that don't quite succeed (for me the slightly spastic "Paper Lantern") still manage to remain intriguing. Here's his website if you have the urge to poke around: http://andrewbland.net/

Either you like Steve Reich or you don't like music. There, I said it. Granted, I'm not really choosing his best work to make that assertion (for that head for "Music for 18 Musician" or "Electric Counterpoint" off the top of my head), but this is still damn fine stuff. At this point Reich was climbing out of his proto-sampling, pure phase music shell, and starting to make streamlined music with a melodic core. This is definitely a 'transition' work, but the oceans of sound waiting here are worth wading in. Jeez, I hope no one reads that last sentence out loud.

The first piece here is "Four Organs," wherein the four organ players each stick with one note at various lengths while a maracas player drones on. Apparently Philip Glass is one of these organ players, although a piece like this isn't a particularly good showcase for one's musical personality. This is more for sending your mind to Valhalla. "Phase Patterns" is definitely the more intimidating piece here. We get an organ phrase played at slightly different speeds so that in falls in and out of synch. Some bits are wildly beautiful, while others come across as mismatched hell. This one is for brainwashing yourself.

I'll admit that the first half of this gets played on my stereo far more than the second. These pieces do manage to take pure music theory and make something often visceral and always impressive out of it. Reich would later figure out how to combine his experiments into amazing, full-blooded works, but these building blocks are still worth your attention.

Buy Me:
Actually, this doesn't include either of the pieces reviewed here, but it's an awful lot of Reich bang for your Steve buck.
Steve Reich - Phases
Posted by Dr. Schluss at 11:45 AM 4 comments: 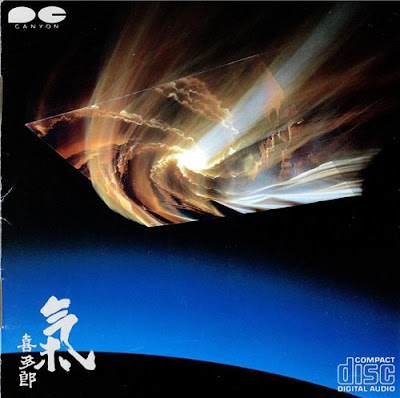 Kitaro has always been near the top of my scale for new age cheese, although still several notches lower than schlockmeister and Entertainment Tonight guru John Tesh. But like many otherwise fine musicians who committed musical sins in the late 80's and 90's (I'm looking directly at you Vangelis and Tangerine Dream), there are some charms to be found on some of the 70's records. You will have to have a tolerance for synthesized flutes and brass, but at least they're coming out of an analog beast of a machine (maybe a Yamaha CS-80) here. If that fails, Kitaro gets five extra points for his earlier involvement in the Far East Family Band.

Anyway, if you've made it thus far, it's time to consider a few of the tracks. The opening two meld into a nice, drifting suite, but the "dream" sequenced "Kaleidoscope" is the first cut here to get my full attention. It has plenty of fun twinkly sound FX in the background, and some nice creamy, warm analog synth leads to propel it along. "Sun" belongs to the school of rarefied, narcotic washes of sound, which always holds my attention. The epic "Cloud in the Sky" closes the album with more distinctly 70's synth leads, and what I imagine must be a legitimate drum set.

While it does come with a side of cheese, Ki is an enjoyable slice of analog synth dreaminess. I wouldn't rate this with Tangerine Dream's albums from the same period, but it certainly would have made a fine alternate soundtrack for Carl Sagan's "Cosmos" had Vangelis been caught in a wall of Greek fire. Just as a side note, when I first worked in Japan, the company president had several of the trainees try to push him over. He said they failed because of his "Ki," but I was of the opinion that no one tried that hard as to not get fired immediately. Maybe that was in fact his "Ki."
Posted by Dr. Schluss at 11:25 AM 2 comments: