Glaze Of Cathexis - 2008 - The Visions Surround You Howdy folks. Here's my most recent collection of music for your discerning ear. Unlike the other albums of my own, this one probably reflects more the sounds that you hear in the psychedelic garage. About half of this was recorded earlier this year in my Japanese mountain layer while the other half ended up on tape in the past month back in my hometown of Atlanta, Georgia. Attempting to channel the West Coast Pop Art Experimental Band and other wacky nuggets, "Future Quake" was composed and recorded for a radio show of the same name out of Nashville, TN. Their website is at www.futurequake.com. "Focus on the Sun" is my tribute to the lovable, but endearingly naive bands of the 60's and beyond. Meanwhile, you'll find that I haven't given up on my shoegazer trip on "Elliptical." I carted out a few old compositions as "Spinning Top" and "Your Kingdom" are a direct result of my introduction to Syd Barrett and Flying Saucer Attack 10 years ago. I'll stop ranting, so download this and send me your comments. As always, I'd be more than happy to see this posted elsewhere too. 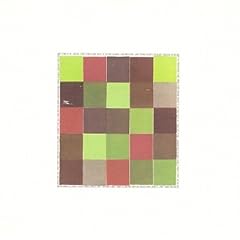 Even more experimental and out there than the Elephant 6 collective's reputation (of which OTC was a major part of), this Tour EP is a pure strain of strange music. It's a shame that this recording is all but forgotten as it adds an enlightening wrinkle to an already great band's legacy.
Posted by Dr. Schluss at 7:07 AM 2 comments: 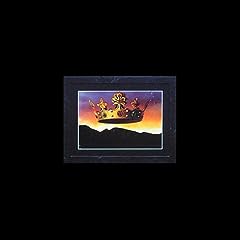 Sliding through you mind as you try to grasp it, this is a wonderful album to go to sleep with or set up an unobtrusive vibe in an otherwise silent room. It's a testament to the band that they were willing to branch this far out, but this is about as far from the quintessential OTC sound as you can get.
Posted by Dr. Schluss at 6:50 AM 3 comments: Continuing on the religious themed albums for the day, we find Caldera with their Moog Mass. This album hits me in a couple of soft spots. I'm typing these reviews out accompanied by my trusty Moog Voyager on the table, so obviously I've got a yen for hearing that sort of instrument. I also receive an irrational amount of enjoyment from the Electric Prunes' Mass In F Minor (admittedly even more that the legitimate Prunes releases), which this disc just seems to beg comparison with,.

Now for those of your coming in for your Moog fix, this isn't necessarily the best place to find the signature space-defying filter sweeps. Much of the synthesis seems to be relegated to a somewhat annoying vox/vocoder sort of sound (I guess you'd run the mic through the filter and max out the resonance) while some of the harpsichord, strings, and organ sounds seem to be organic; that or these guys were master synth programmers, which I sort of doubt. "Who is the Man" does introduce us to a nice ball-busting synthetic brass sound that will continue through the album though, so you'll find something here to like. When the Moog does take on the organ parts, it's a lot of fun too.

Ditching the rock and roll approach of Mass In F Minor, A Moog Mass stays relatively true to a solemn old school Catholic service, albeit filtered through a, uh, Moog filter. There's occasional narration from a fellow with a nice cultured accent who keeps making me think that we're going to slip into Moody Blues territory (this never happens if you're wondering). I guess it does approach a sort of 'Switched On Gregorian Chants' vibe, but the couple of acoustic instruments present fill up the sound and keep that from happening.

Once again, like the Mass In F Minor this is an amazingly short album not quite topping out at 25 minutes. But it does provide a welcome contrast with that earlier disc. If your overly pious aut and uncle show up for a pious radish dinner while you're having a great booze-up in the next room, playing this will hopefully make everyone happy. This isn't really something that you're going to cruise around town groovin' to. But if a psychedelic album with a priest on the cover intrigues you, I don't think that this will disappoint. It's certainly something that would be fun for your next party playlist.
Posted by Dr. Schluss at 7:32 AM 7 comments: